Our last stop was Chengdu and was a special request of Webley. She wanted to see panda bears. After doing a bit of research, Benjy found the Bifengxia Panda Center, which is a panda preserve about 2 hours outside of Chengdu. For a mere $100 per person, we could actually pay to volunteer to care for the pandas for a day. The volunteer application was quite extensive and required that we submit a doctor’s note certifying that we were healthy enough to care for pandas. Since I don’t personally know any doctors in Hong Kong (especially one who would certify as to my health status to care for pandas), I had to ask one of my friends in Jacksonville if she could write a letter for each of us. She was kind enough to do so, but said that it was the silliest doctor’s letter she ever had to write: “I hereby certify that Tala A. Woods is medically able to care for panda bears.”

So, what does one do as a volunteer for a day at a panda preserve? We were told that we would clean cages and feed pandas. My sister did some research and discovered that pandas excrete their weight in poop each day. Pandas weigh around 200 pounds, so that’s a lot of poop to scoop! Not to worry, though, we were told that panda poop doesn’t stink. I wasn’t sure if I believed that. My sister started to loudly protest the panda poop scooping tour, but there was no getting out of it.

The Poop Brigade reporting for duty! 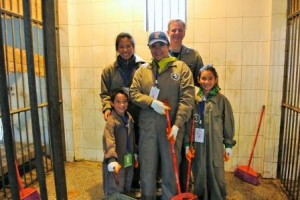 We did scoop a lot of poop. 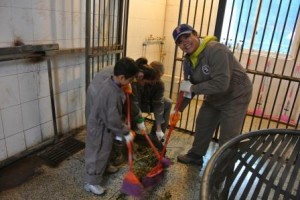 And it’s true that it really doesn’t stink.

We fed them bamboo, which first had to be karate chopped into smaller pieces. That was Benjy’s job. 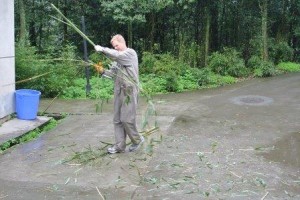 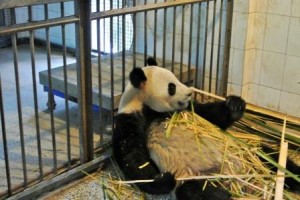 We also got to feed them panda cake. 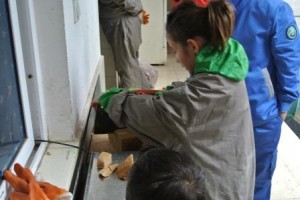 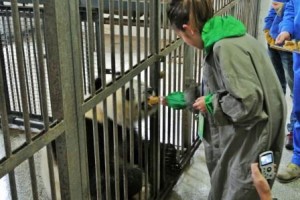 And we discovered something about pandas that we didn’t know before. Pandas have opposable thumbs. So instead of just gulping down the panda cake, after it was given to them, the panda would take it out of its mouth and eat it like a candy bar. This made them all the more endearing to me.

After about an hour of eating bamboo and panda cake, the pandas fell asleep with bamboo still lying on their tummies. Two hours later, it was time to feed them… again. 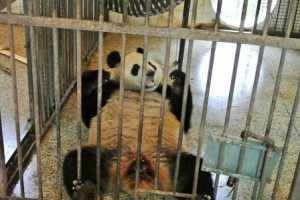 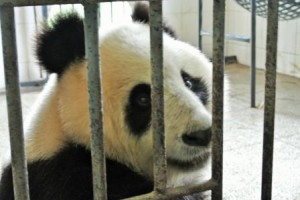 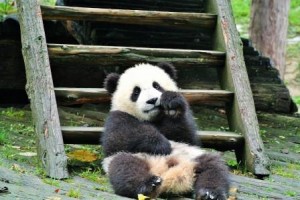 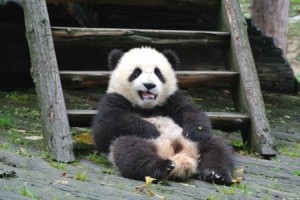 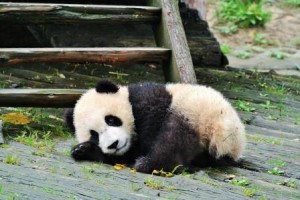 I’m overloading on the panda pix because I’ve had many requests. These are my favorite pix. And after all her protesting and complaining about the panda poop scooping, at the end of the day, my sister admitted that THIS was her most favorite part of our trip.