One thing interesting that we learned about New Zealand is that, with the exception of maybe fish and chips shops or the lonely Chinese restaurant,  everything closes at 5:00 p.m.  It’s like what life must have been like in the U.S. in the 1950’s.  Big box chain stores are a rarity; businesses are mostly owned by mom and pop.  At quitting time, everyone closes shop and heads home for the night.  So, there’s absolutely nothing to do except cook dinner, eat and then go to bed.  For the week, it was kind of nice to be able to just lay around and do nothing, but I don’t think I could live like that forever.

Our next stop was Greymouth, population of around 13,000.  New Zealand is known for its extreme sports, so we decided to get a taste of it by going off-roading in a dune buggy. 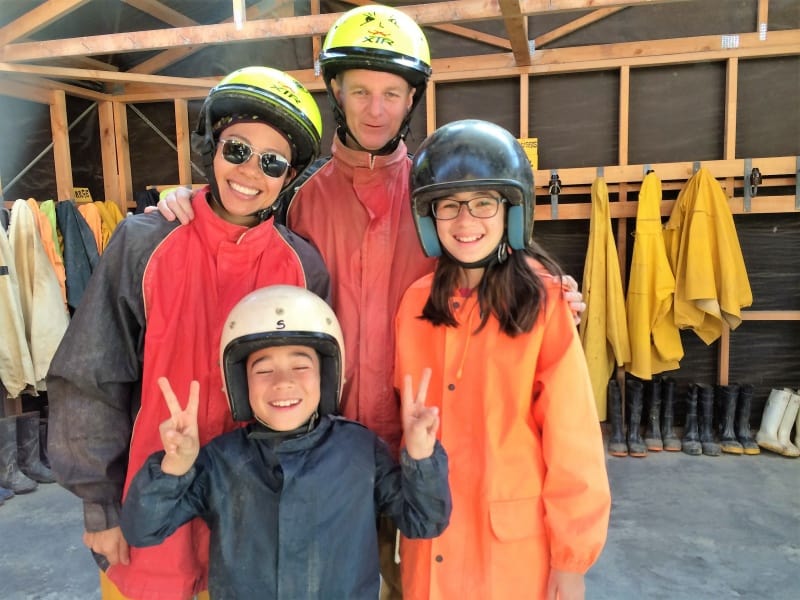 We sloshed around in the mud and muck for a few hours and had great fun. 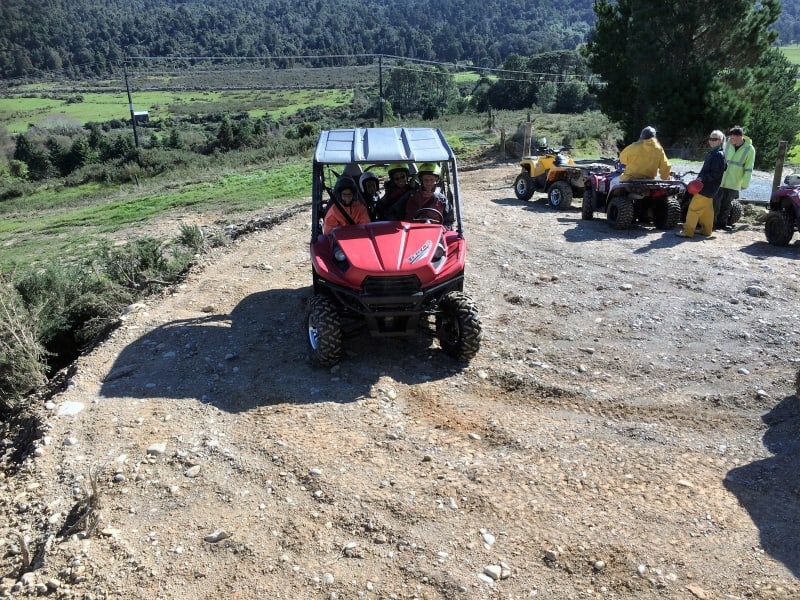 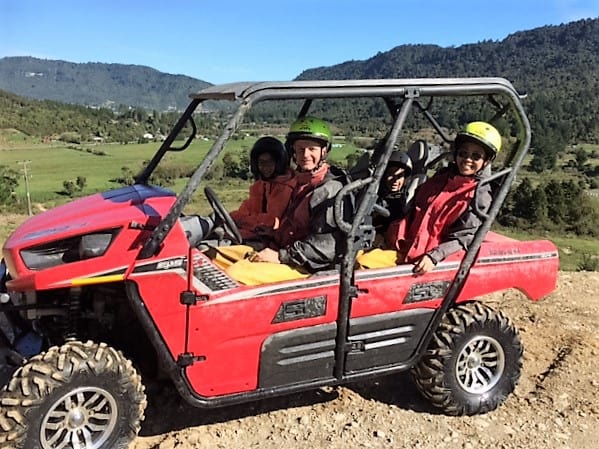 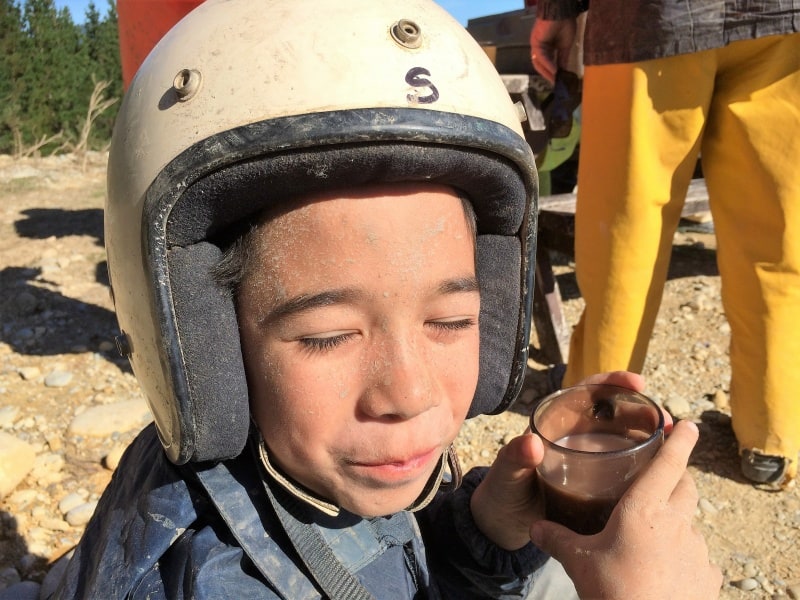 We pressed onward towards our last stop, Queenstown.  On the way, the scenery was gorgeous.  I made Benjy pull over several times so I could get some shots.  Because the scenery was so picturesque, at one stop there were several other vehicles pulled over as well with groups piling in and out to get photos.  We took our turn and rushed back to our camper.  Another van was pulling away as Webley was climbing in and it suddenly came to a screeching halt directly behind us blocking us from backing up.

A group of middle-aged Chinese ladies piled out of the van and ran towards Webley.  Who could it be but the group of ladies I blogged about in my last post who Webley had helped at the airport!  What are the chances that we would run into them again 6 days and around 600 miles later at some random road-side pull off in the middle of nowhere???  I was just glad to see that they had gotten this far! 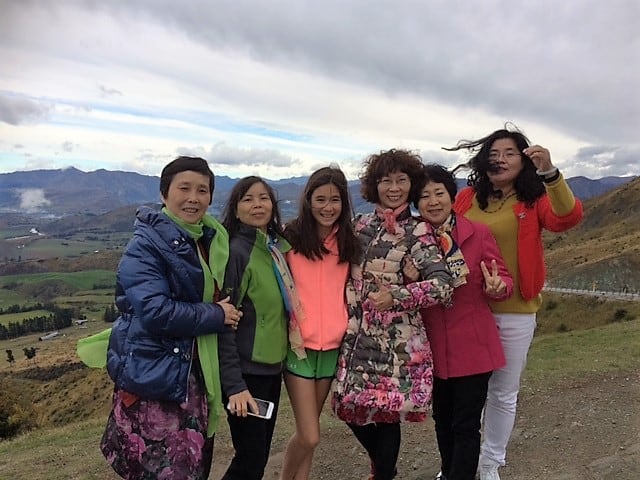 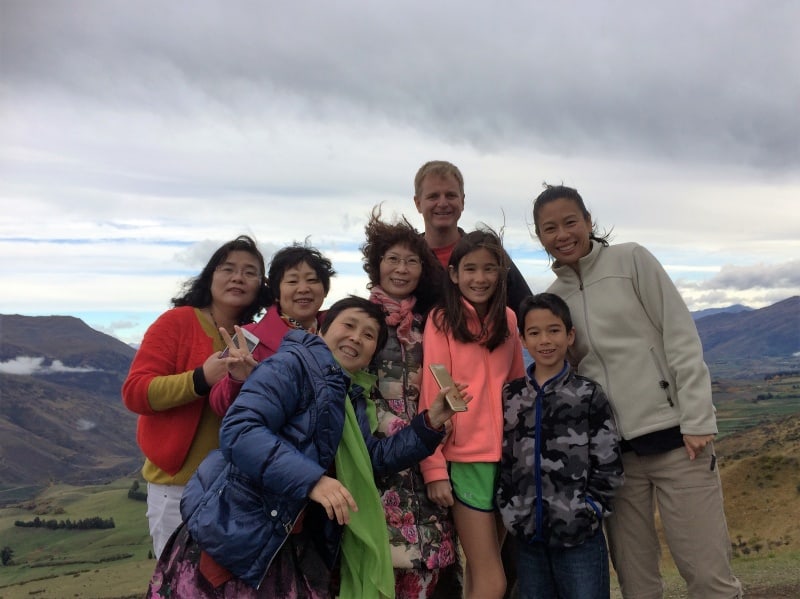 We don’t know their names or where they are from and its doubtful we’ll ever see them again (but who knows, right?).  I thought it was just so sweet that they remembered Webley and her kindness to them.  It’s probably one of my favorite memories from the trip!

Here are some of the shots I took on our descent down the mountains  into Queenstown. 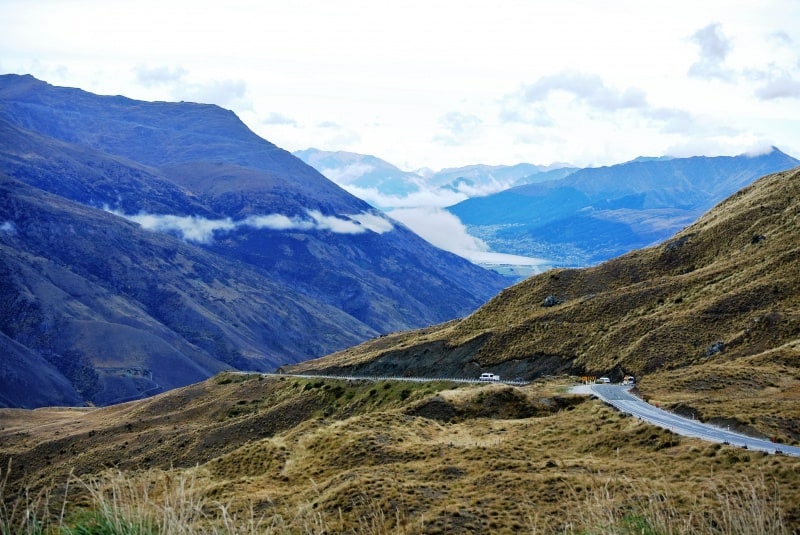 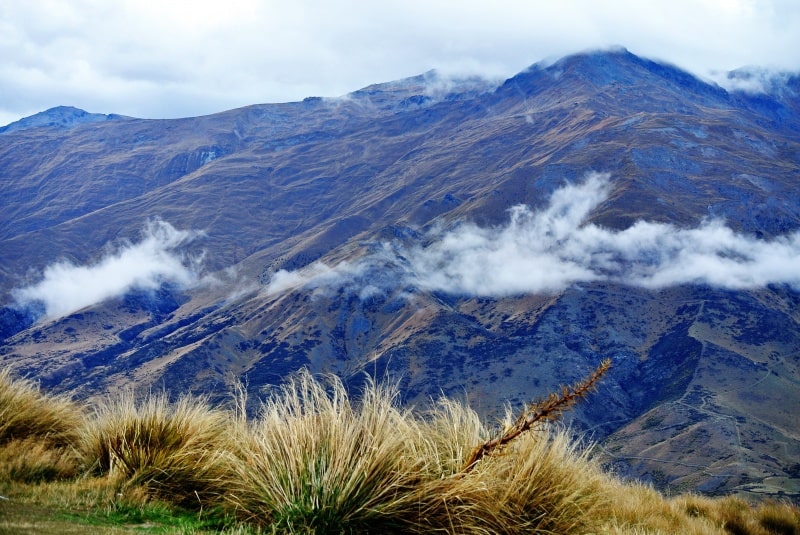 Our last few days with the Kiwis ended in Queenstown where Benjy decided in celebration of his 45th birthday, he would do this… 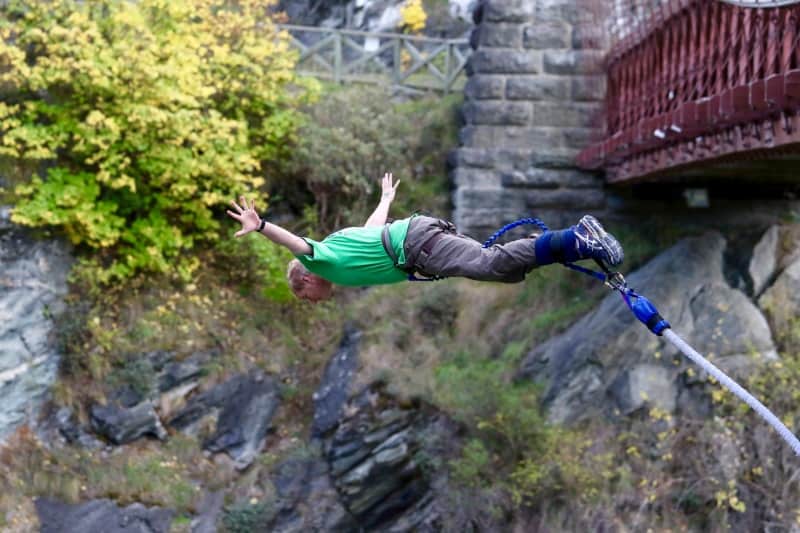 No, I didn’t watch.  I wasn’t even there.  I couldn’t stomach the idea of watching him walk to the edge and intentionally taking a plunge off with just a rubber band keeping him from getting splatted.  Benjy told me that when he was waiting his turn, there was an Indian guy.  For several minutes which I’m sure seemed like an eternity to both him and everyone else behind him, he hemmed and hawed, wrung his hands and waved off multiple times before finally jumping feet first.  He got whipsawed by the bunjy cord and flailed around like a worm at the end of a fishing line.  In Benjy’s mind, this dude got a big fat 0 for style points.  In contrast, the lady directly before Benjy was this tiny little old Chinese lady.  Without hesitation and no fanfare, she walk to the edge and swan dived off.  After watching the differences between the 2 approaches, Benjy decided that there was no way he could follow her jump with an inelegant feet first go.  So, he took a deep breath and went for it head first.  I’m so glad I wasn’t there!

Our last extreme endeavor was our ride in a jet boat. The boat zooms down a river at speeds of up to 60 miles per hour in only about 18 inches of water.  We darted in and out of the canyons and turned on a pin.  The boat drivers had amazing skills. I will wrap our trip down under with some brilliant shots of Queenstown. 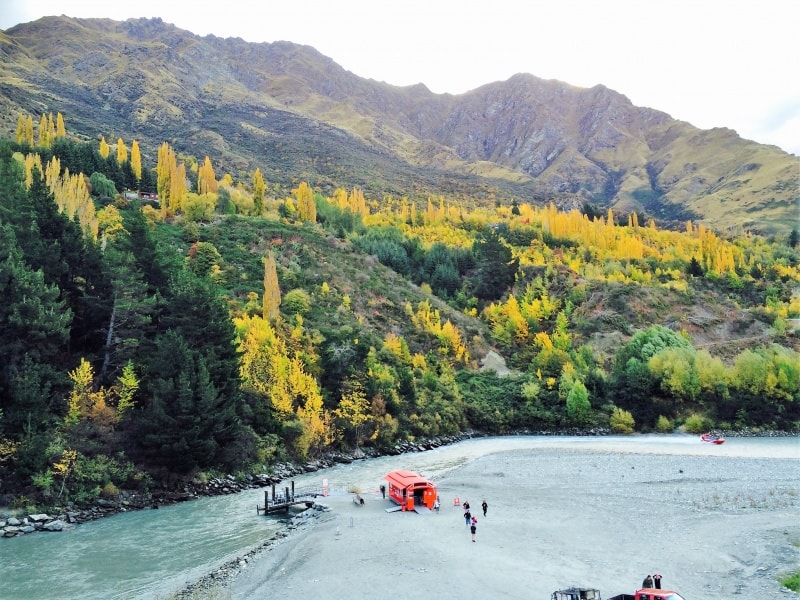 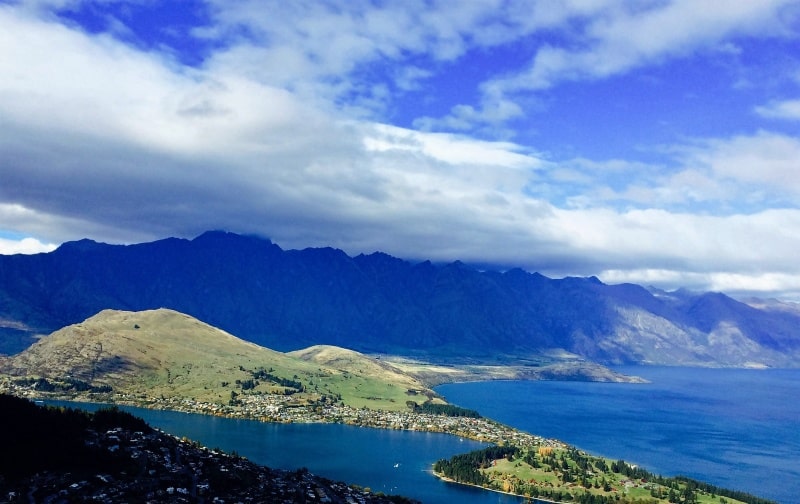 Notice the bunjy platform on the right side of the picture.  I suppose if this view were the last thing you saw before plunging to your death, it wouldn’t be such a bad way to end it.