We traveled by tuk tuk to another temple, Angkor Thom. 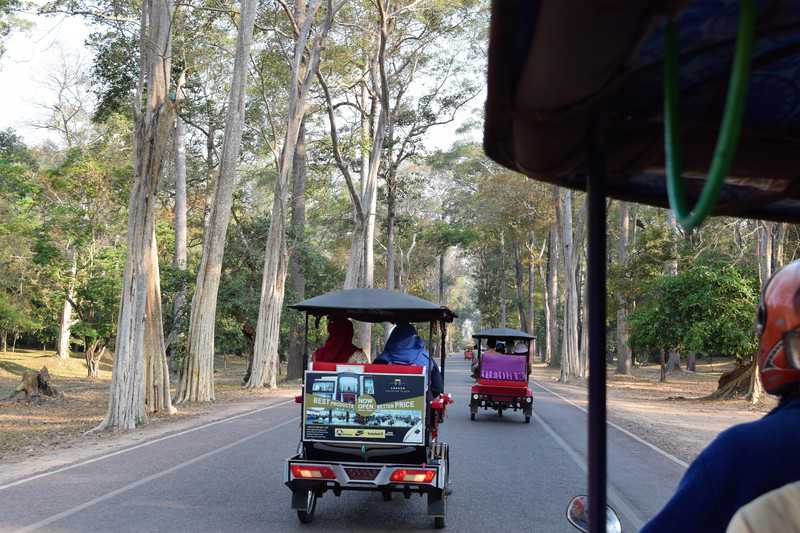 Here is our tuk tuk driver, Vonsan.  He took such great care of us! 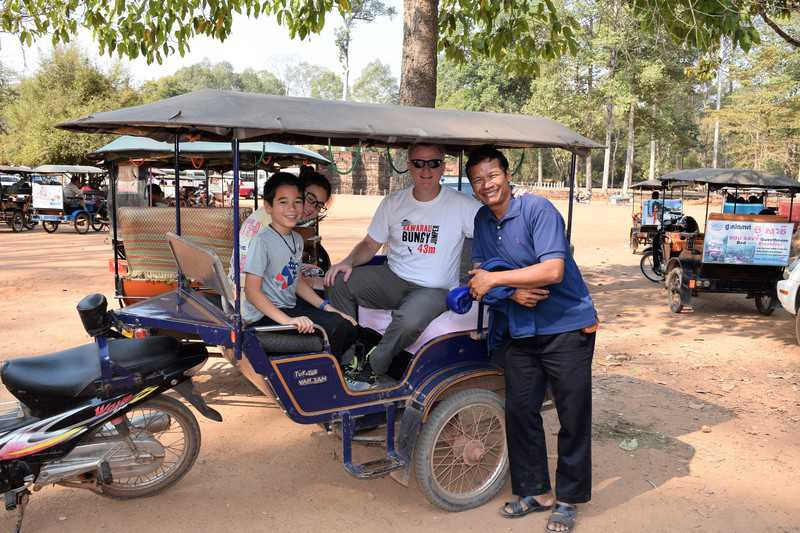 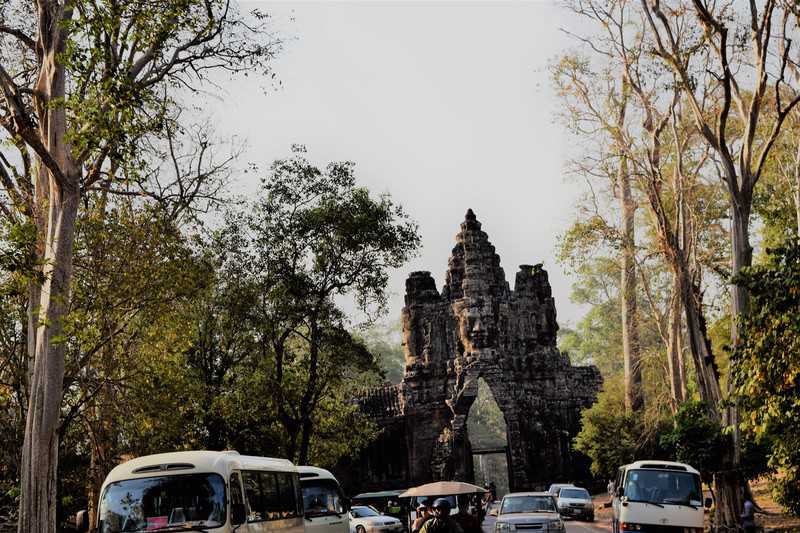 Angkor Thom was was probably my personal favorite temple of the day.  It was straight out of Indiana Jones. Again, the workmanship is amazing. 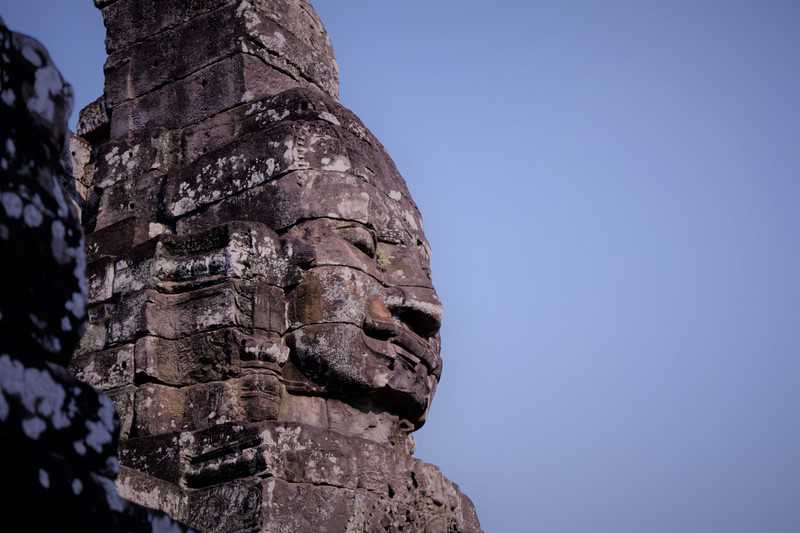 As magnificent as all of the ancient temples are I have to confess that eventually we began to suffer from a bit of temple fatigue and our attention got diverted to other less remarkable attractions, like the funny monkeys who are omnipresent and are always looking for bite to eat. Aaron was carrying a banana he was saving for later.  He was holding it when a mob of monkeys emerged and ran straight for him.  Needless to say, Aaron relinquished the banana without a fight.  But this didn’t stop the monkeys from their own brawl over it.  They grabbed one another by the tails and started biting each other on the rear end.  I didn’t want to get in the middle of all of that, so we got out of there quickly!

This momma monkey decided she was thirsty and grabbed the water bottle straight out of the hand of a tourist.  She snatched it from him, unscrewed the cap and helped herself. 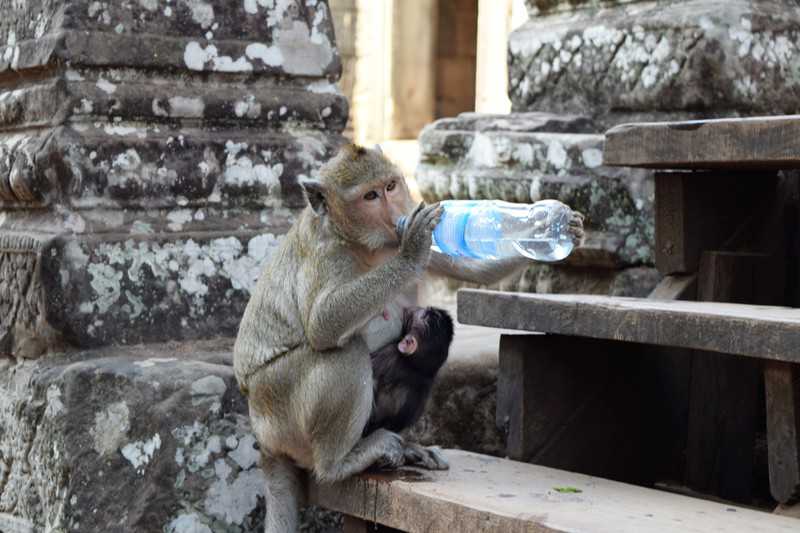 Now back to the temples. 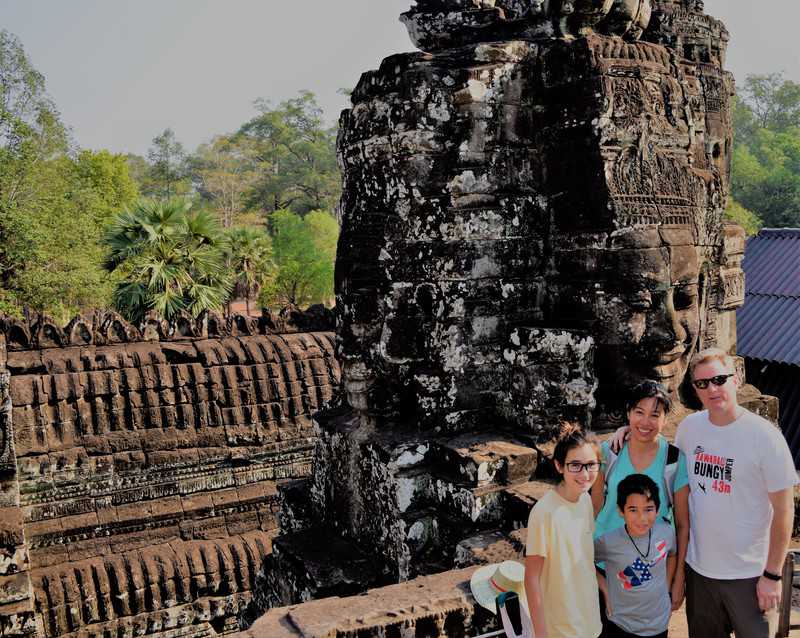 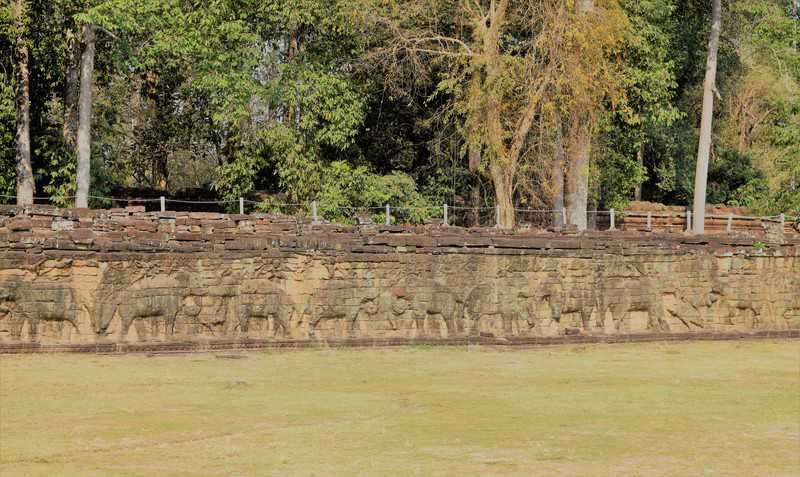 We went to another temple, Ta Prohm.  This is where the movie, “Lara Croft: Tomb Raider” was filmed. This place was amazing.  The size of the trees growing on top of the ruins is an indication of how long ago they were built. 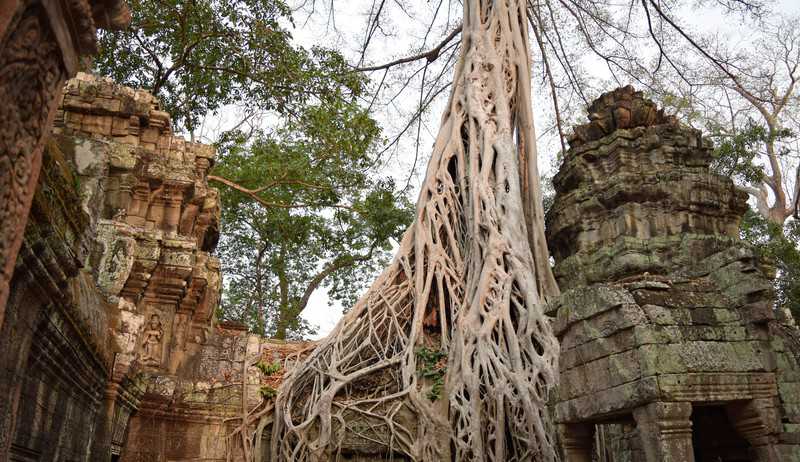 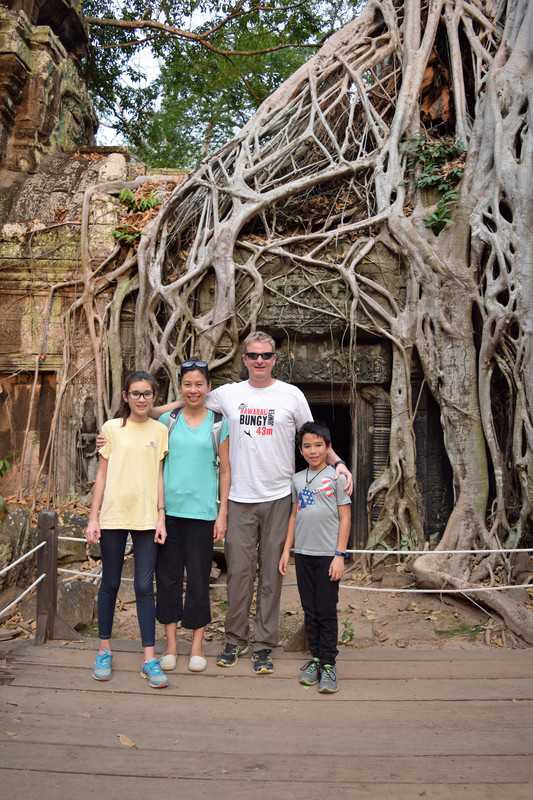 Our tour guide did such an excellent job of timing our tours, that we avoided the crowds and had the place virtually to ourselves. 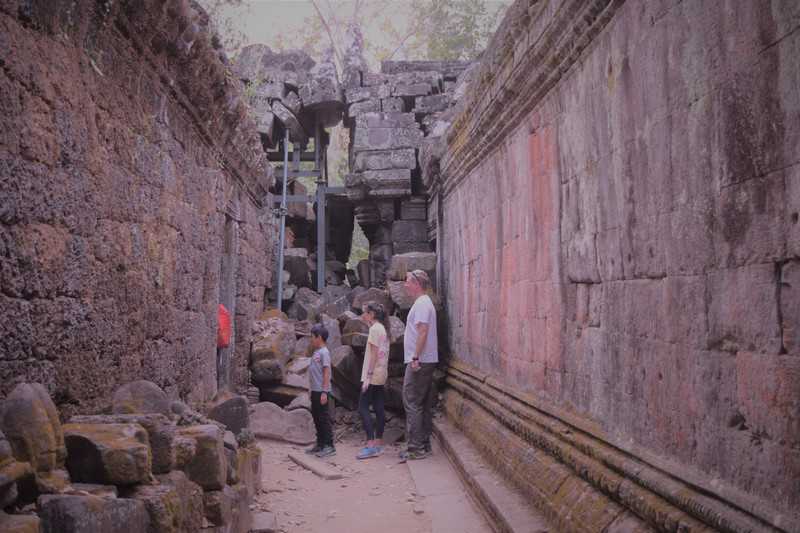 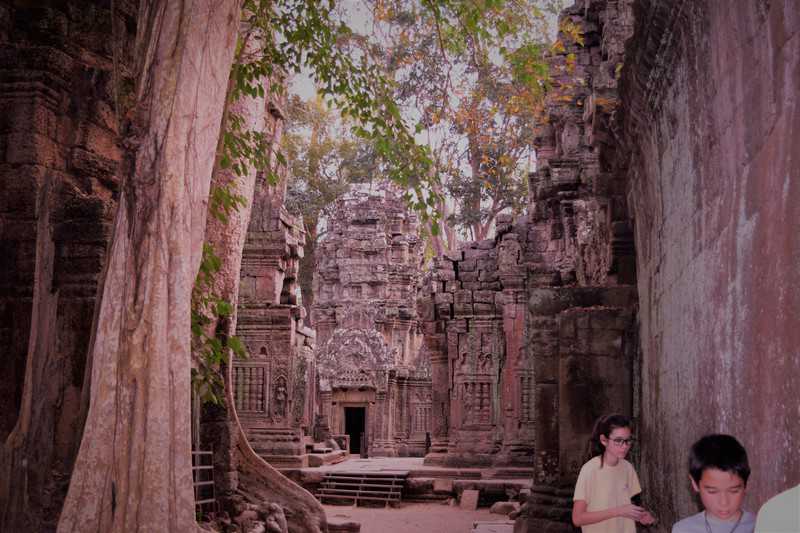 Now here’s a thing that makes you go “hmmmmm?” This is one of the many carvings on one of the walls of the temple that was pointed out by our guide.  He said it’s a dinosaur.  What do you think it looks like?  To me, off the top of my head, it looks like a stegosaurus.  Now why would these ancient people be carving in the temple walls a likeness of a stegosaurus unless they had seen them roaming around?  Of course, it could be something else, but I really don’t know what else it could be.  A rhinoceros? Well, a rhino in southeast Asia is just as interesting an assertion as a stegosaurus.  It definitely begs a question.  Benjy thinks it’s a hoax and someone placed a the carving of a dinosaur much later after the temple was built.  I suppose that theory isn’t any more outrageous as an actual stegosaurus roaming around.  Anyway, I thought it was interesting and I definitely have thought a lot about it.