We visited the ancient temples of Angkor located in Cambodia’s province of Siem Riep.  The area has been designated a UNESCO World Heritage site and it’s easy to understand why. 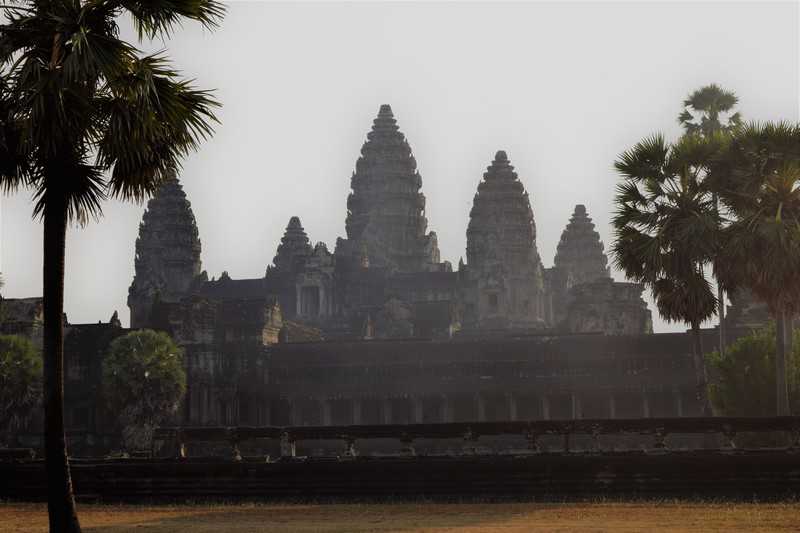 It was still dark when we left our hotel to get our first glimpse of the temples.  We wanted to get there in time to see the sunrise over Angkor Wat. 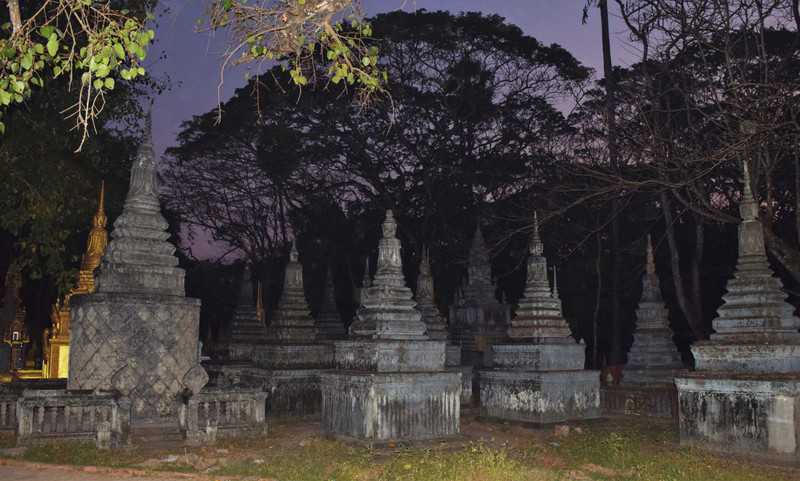 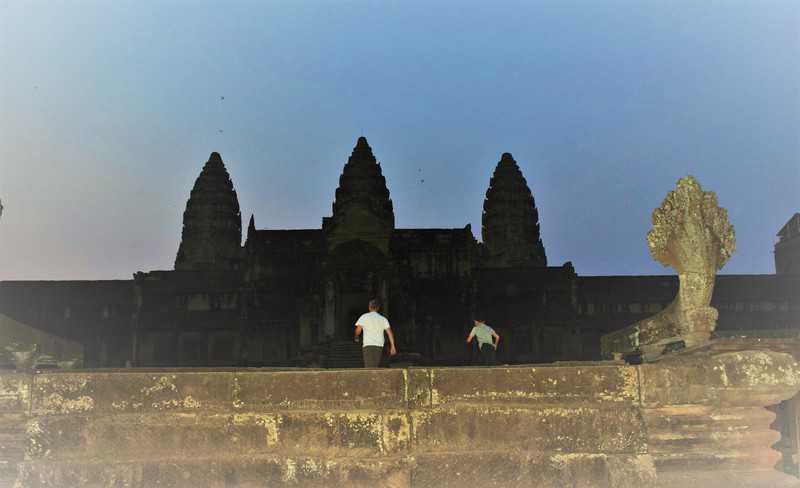 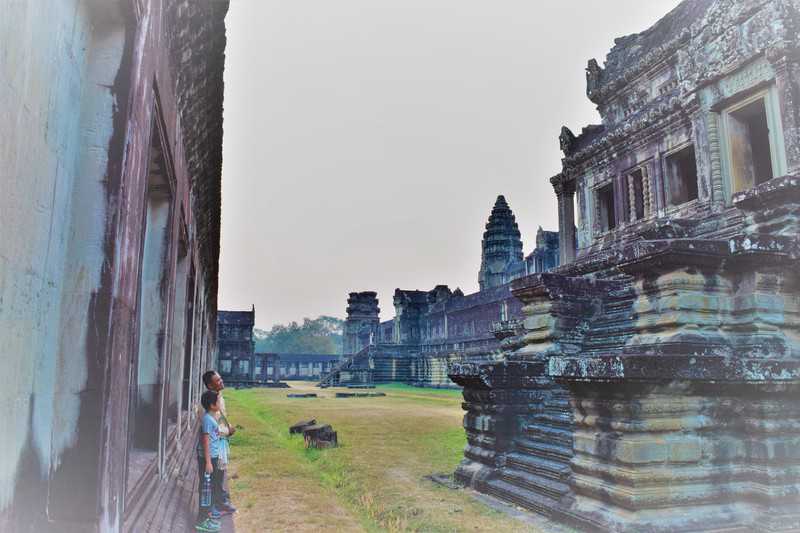 Construction of Angkor Wat took place during the early part of the 12th century.  Our tour guide told us that when it was constructed it was fabulously ornate, with the walls covered in gold and precious jewels embedded in the walls.  Sadly, all of those things were stripped away long ago, but what remains is still extraordinary.

When you see the temple, it makes you realize how highly skilled and advanced this civilization was.  The walls are adorned with these intricate carvings, which are both uniform and unique.  They had no machinery or computers to help them keep things lined up and consistent, but the designs were complex and sophisticated, not like stick figures etched out on a cave wall.  I have no idea how they did it. 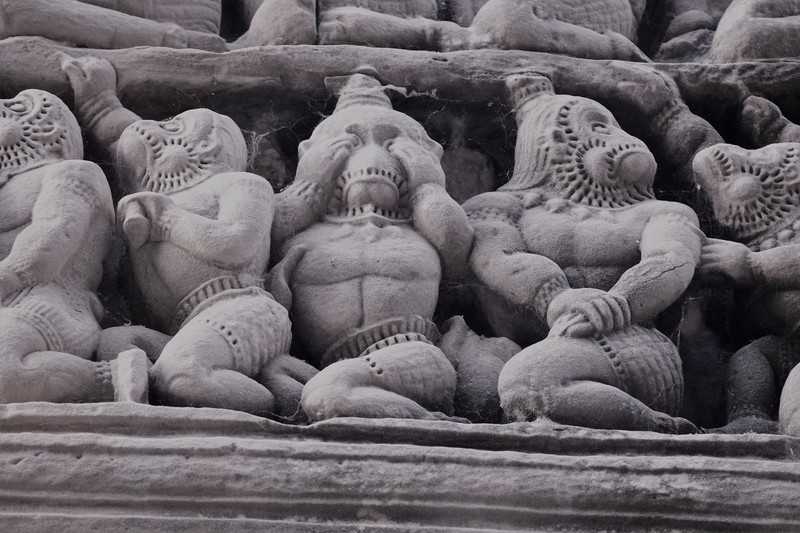 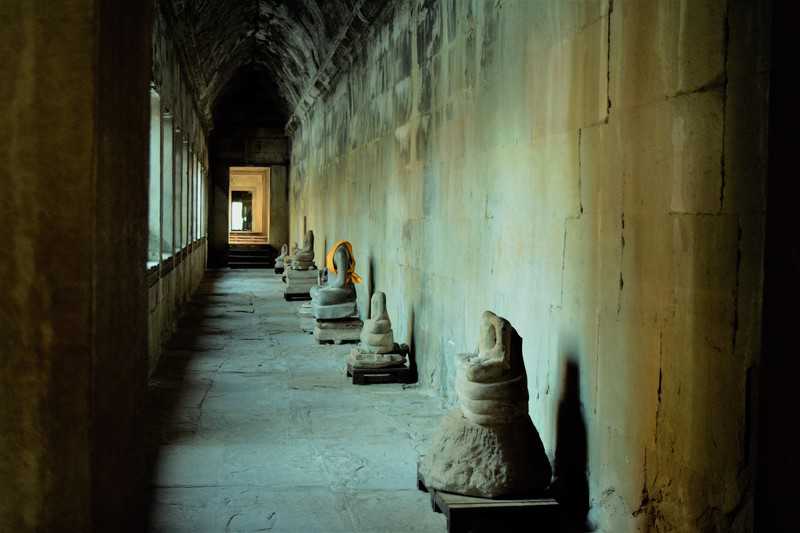 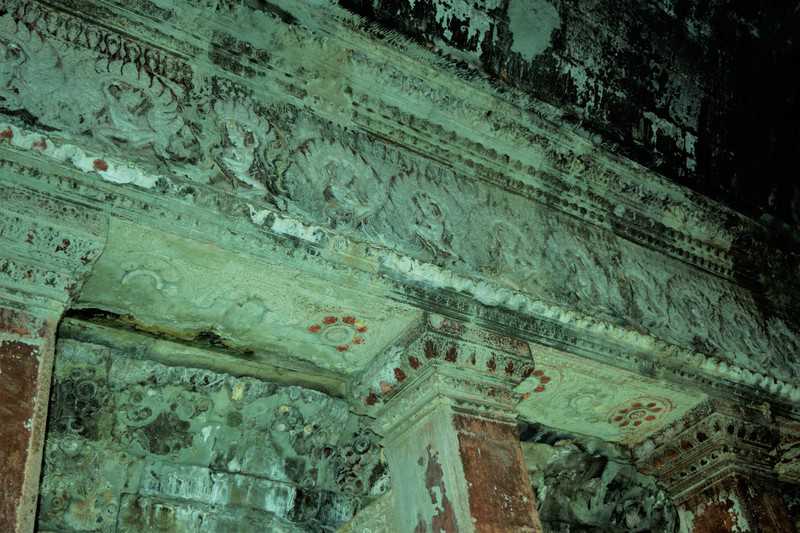 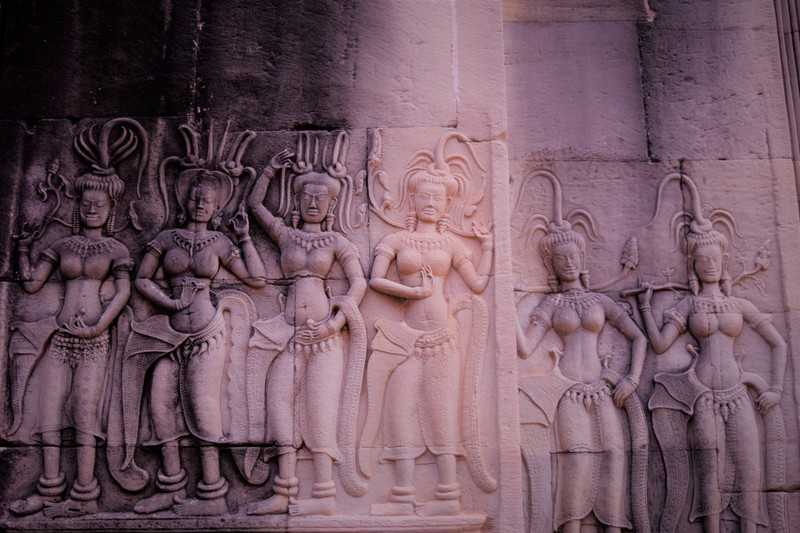 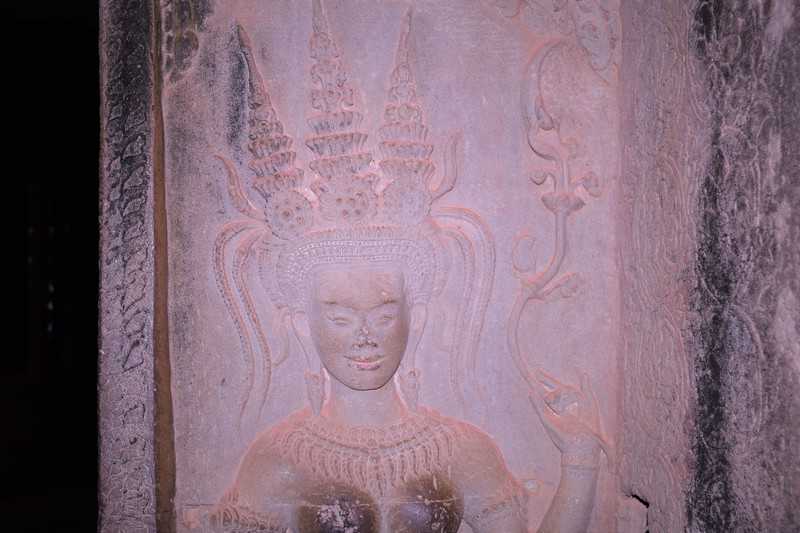 Angkor Wat is a now a popular tourist destination as you can tell by the throngs of people who visit it. Our tour guide said that he began giving tours in the early 1990’s when there were only a handful of visitors who came each year.  Back then, he said he carried an AK-47 with him while he gave his tours to protect his group from bandits and Khymer Rouge soldiers who were still on the loose. Yes, lots and lots of pictures. 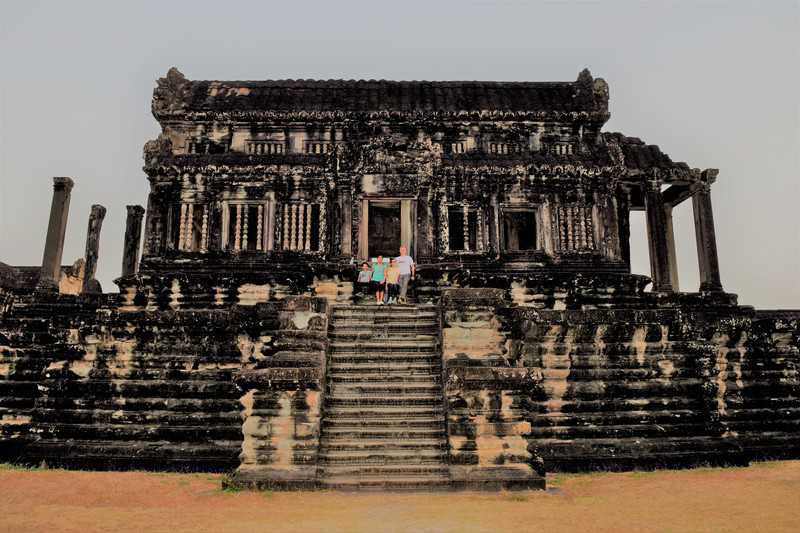 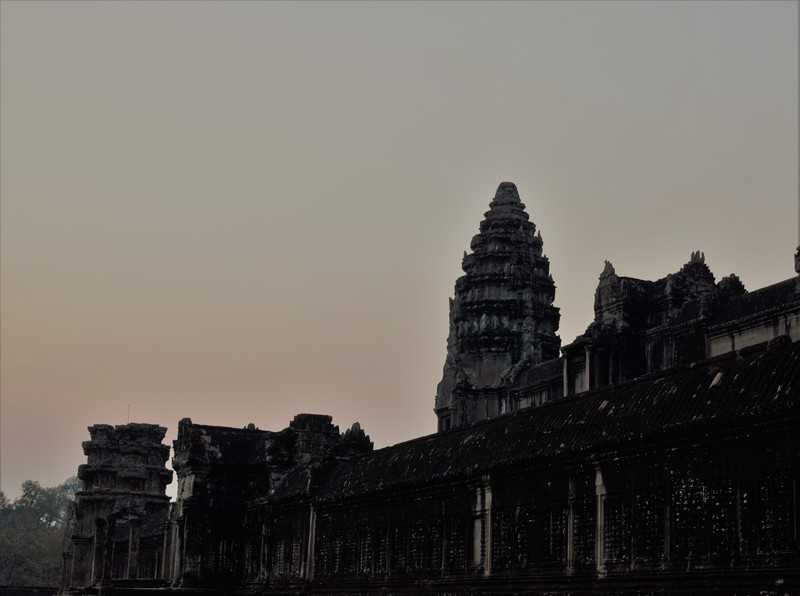 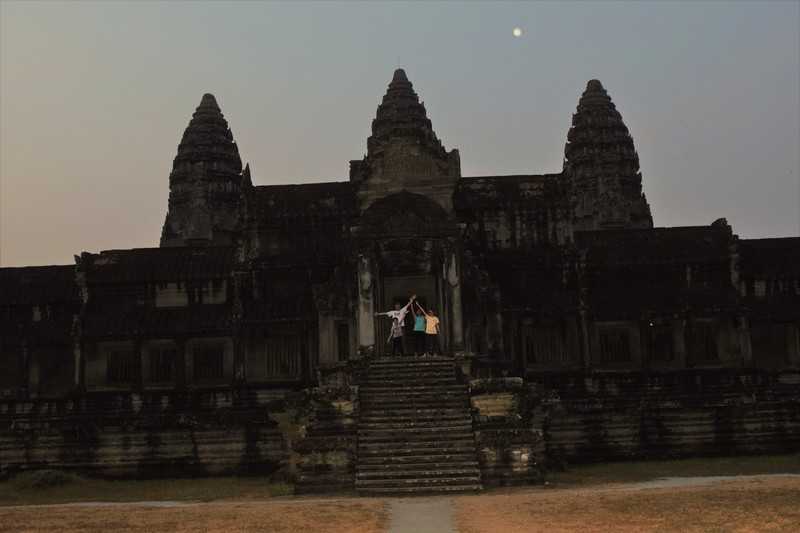 And I’ll end with this mama monkey who bummed breakfast off one of the tourists.