We went on a hike outside of Lhasa up in the mountains near this Buddhist monastery. 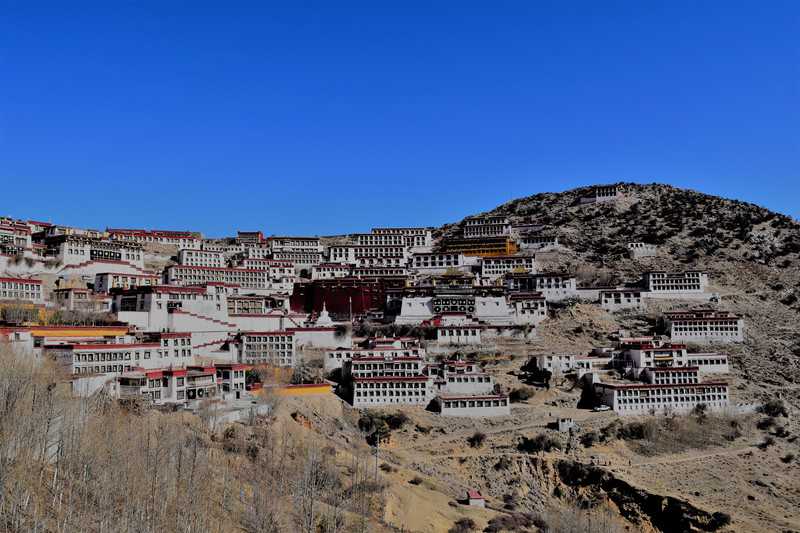 As we hiked around the mountain, we encountered these pilgrims doing the hike as well, only they were worshiping. 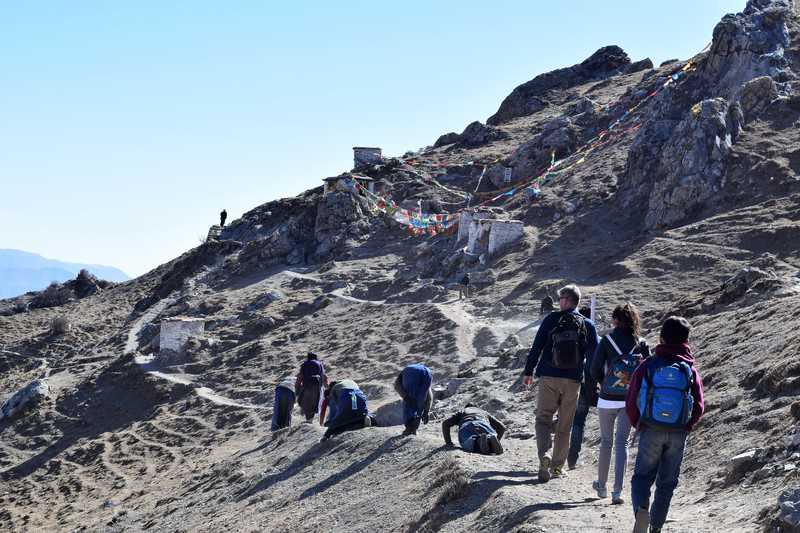 On the rocky trail, they would take 3 steps, bow down and fully prostrate on the ground and then stand up.  They did this the entire path, which was about 2-3 miles long, rocky, steep in places and dusty.

Along the way, there were countless prayer flags flying in the wind. 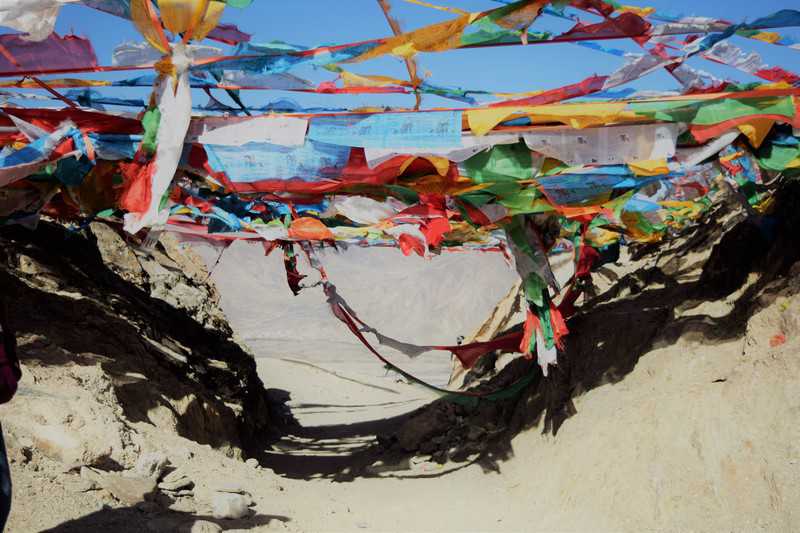 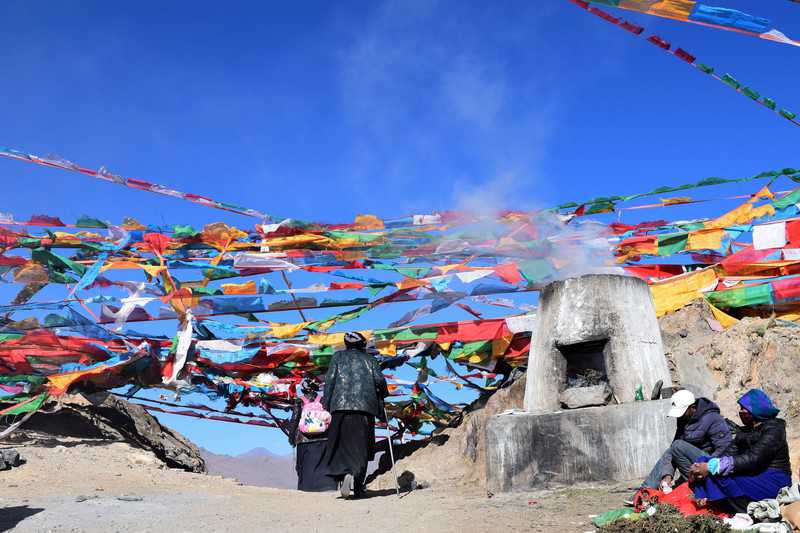 We happened to be at the monastery when the monks were having a special ceremony of offerings and prayer.  There were lots of people there to see it. The monks had colorful robes on and 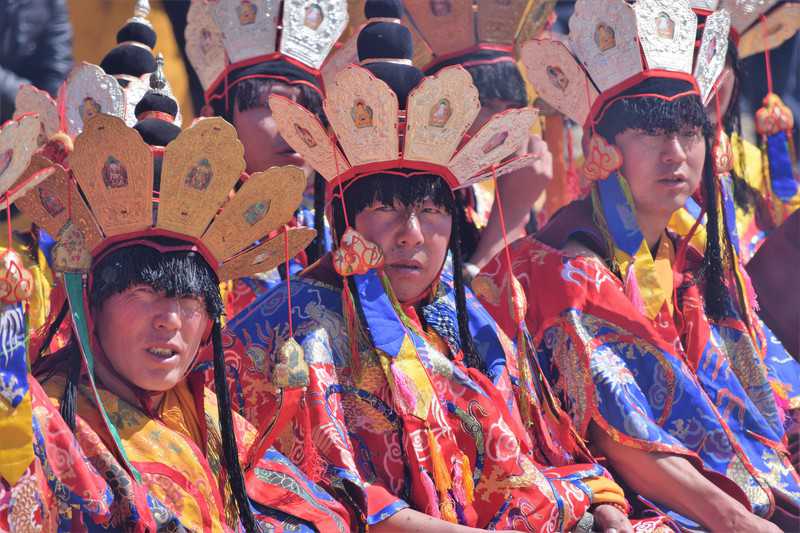 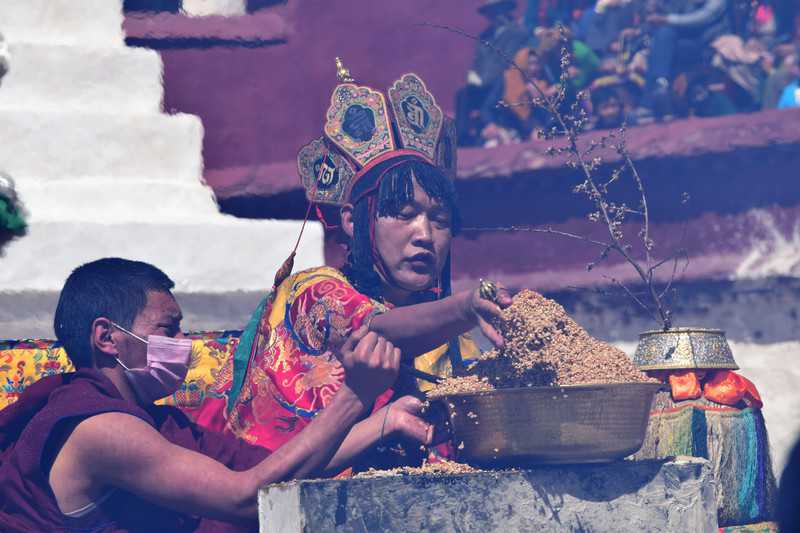 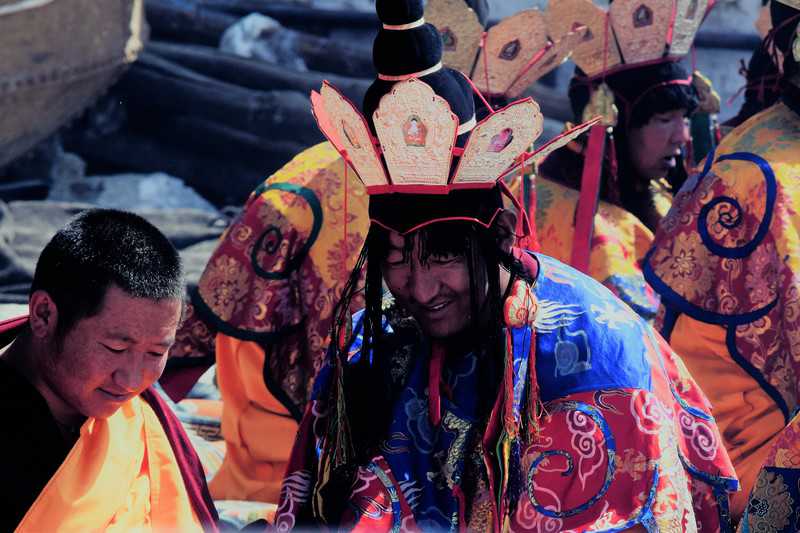 We took a tour of the Potala Palace, a UNESCO World Heritage Site.  That’s our lovely travel companion, Bow, who was the only other person in our travel group.  She was so sweet and fun to be with.  She is from Thailand and had to endure Team Woods for the duration of our trip.  Poor girl. 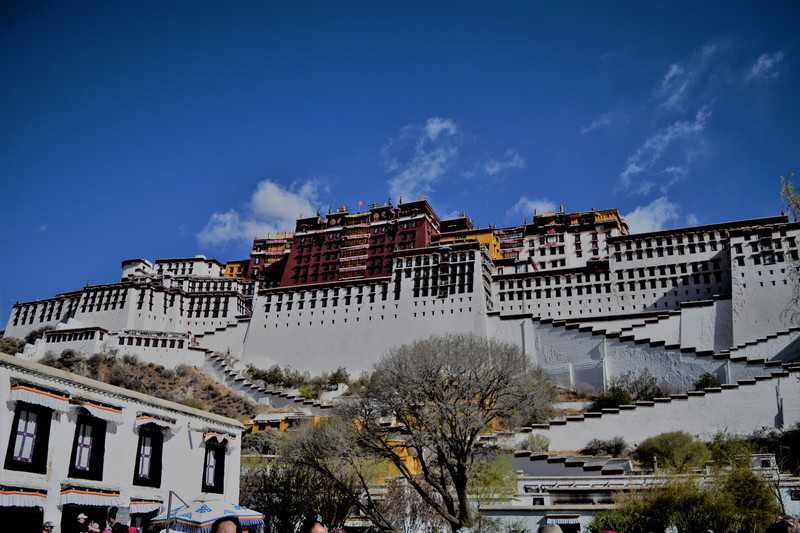 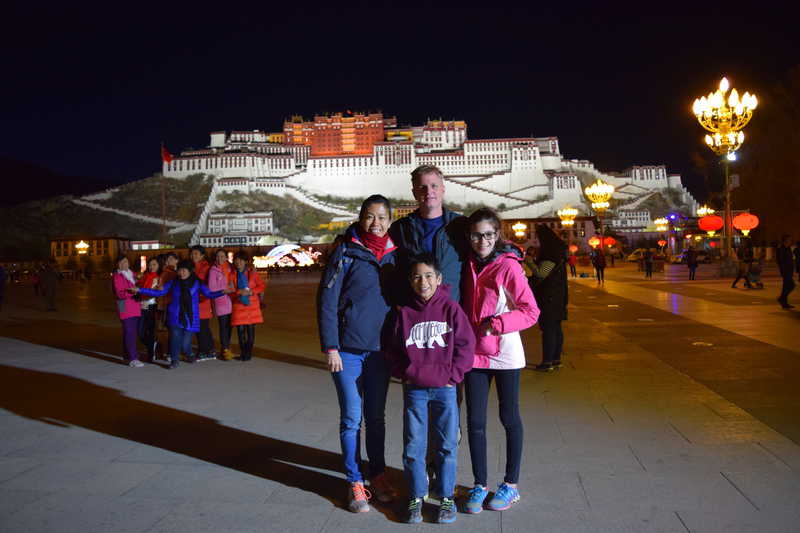 We got to see the inside of Romache Temple. 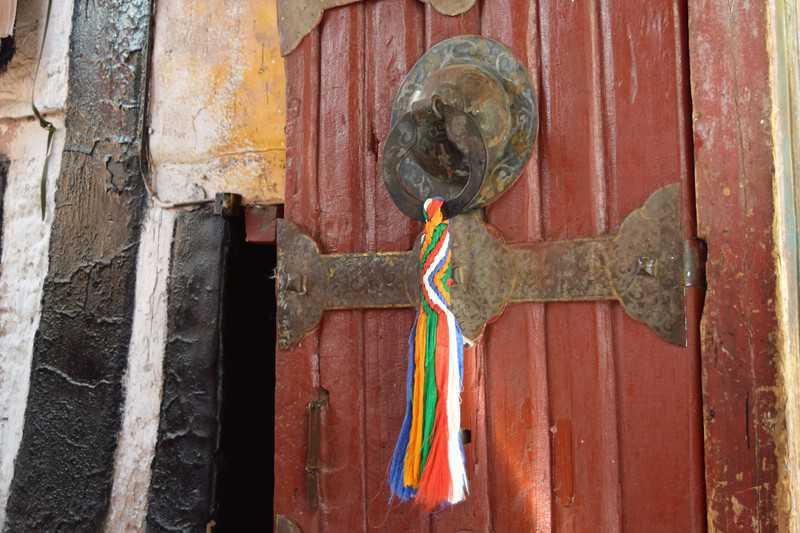 This is the kitchen where the monks prepare their daily meals.  I thought it was so ancient looking with the huge copper caldron and firewood. Aside from the fluorescent lights and electric fan, it was a scene straight out of the Middle Ages. 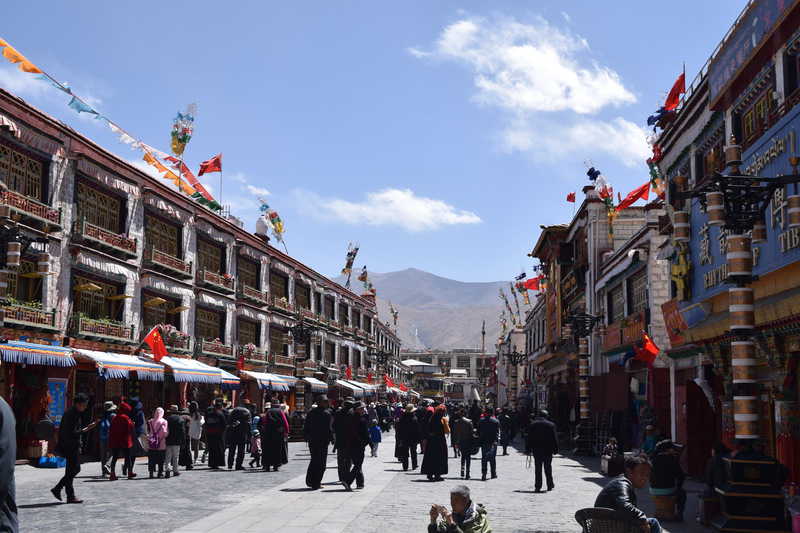 And then we began our 2-day journey to Mount Everest Base Camp 1. No, we didn’t hike up.  We drove.  I know that seems unexciting and a bit lame, but I honestly don’t think I could have hiked up like you have to do on the Nepal side of Mount Everest.  It’s not that I’m terribly out of shape, but I’ve never lived anywhere but at sea level.  The altitude made any physical exertion feel like I was a coach potato who had spent the last 10 years on the sofa.

It took us about 12 hours to get there driving at the maximum speed limit of about 25-30 mph, which is strictly enforced by the Chinese police.  It felt like Chinese water torture driving at such slow speeds in the middle of nowhere with no one else around.  But, we did have gorgeous landscapes to look at as we made our way up. Next stop, Mount Everest base camp!

2 thoughts on “Seven Days in Tibet – Sights and Sounds”