After Krakow, we ended our World War II tour in Nuremberg and Berlin.

It was fitting to follow our tour of the Auschwitz-Birkenau camps with a visit to the place where the Nuremberg trials took place. The Nuremberg trials were a series of military tribunals held after the war by the Allied forces to prosecute prominent leaders of Nazi Germany.

We went to the Nuremberg Palace of Justice and saw the notorious Courtroom 600 where the actual trials took place.

After Nuremberg, we went to Berlin. We were in the city a total of maybe 3 hours when Benjy started to pass a kidney stone. We ended up spending most of our time in Berlin either in the emergency room or holed up in our hotel room. Other than watching a World Cup game between Germany and Mexico at a German bar (before the pain literally brought him to his knees), we saw little of the city itself. There are no pictures to show. Oh well.

After surgery and massive doses of pain killers, Benjy limped back to Hong Kong. The kids and I traveled on by ourselves to Prague to finish off our European tour.

We only spent a couple of nights in Prague, but we visited the Old Town and…

…enjoyed the views from the iconic Charles Bridge.

And with that, our European tour was complete!

Our study of the European Theater of World War II would not have been complete without visiting some of the sites of the most terrifying displays of human depravity, the Nazi concentration camps.  We stopped in Krakow, Poland to see one of the most notorious of those camps, the Auschwitz-Birkenau camp.

Before venturing outside of Krakow for that tour, we took some time to enjoy the city first.  Dating as far back as the 7th century, Krakow is one of Poland’s oldest cities.  Our Airbnb apartment was in a quaint area not far from Old Town. 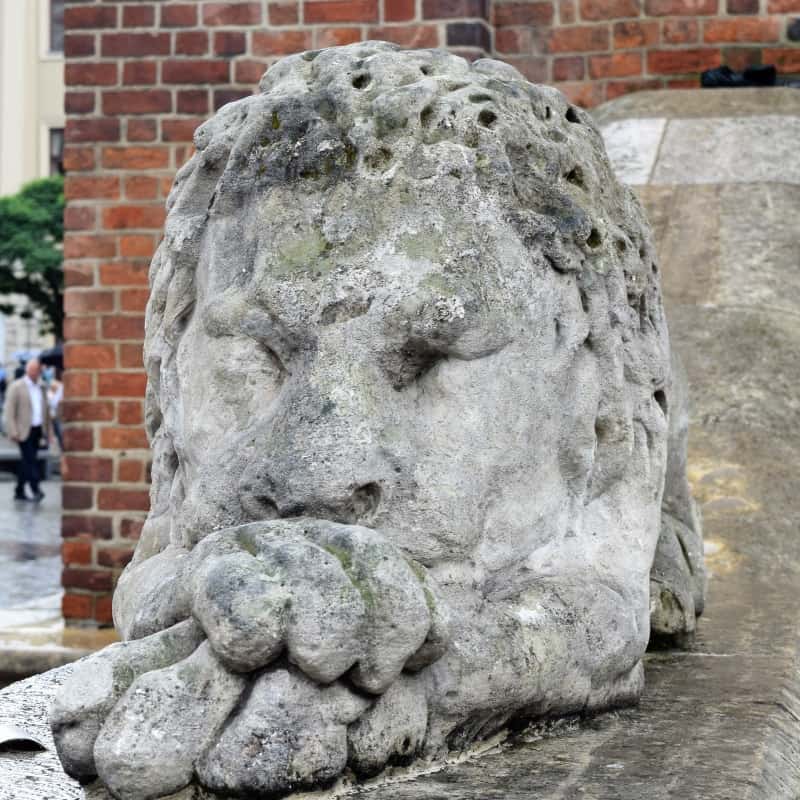 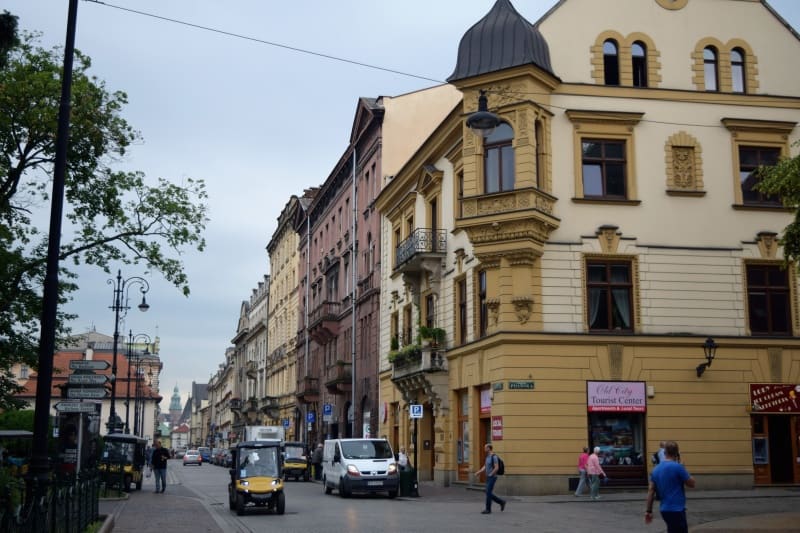 So, we wandered around the neighborhood and enjoyed the medieval architecture. 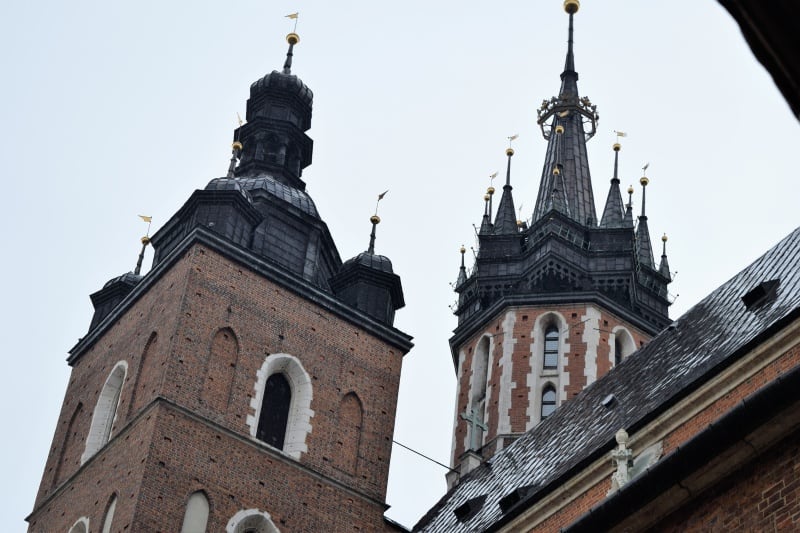 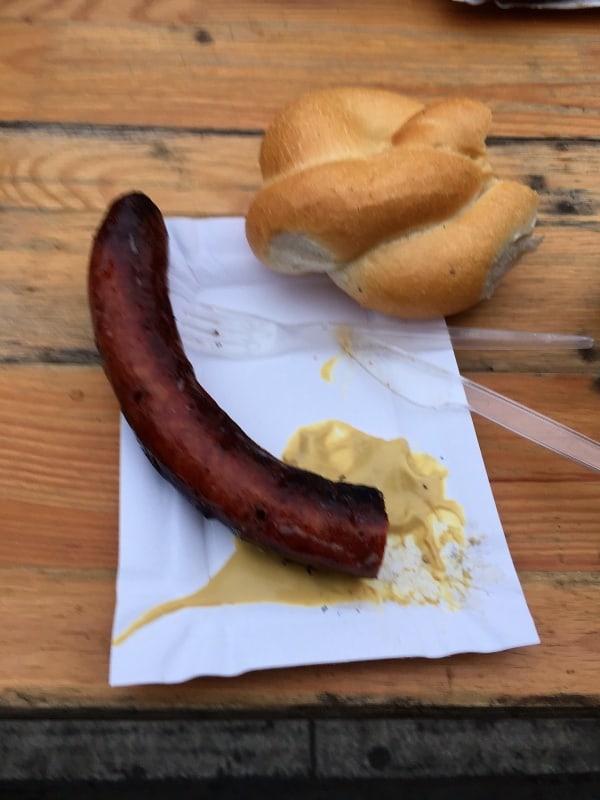 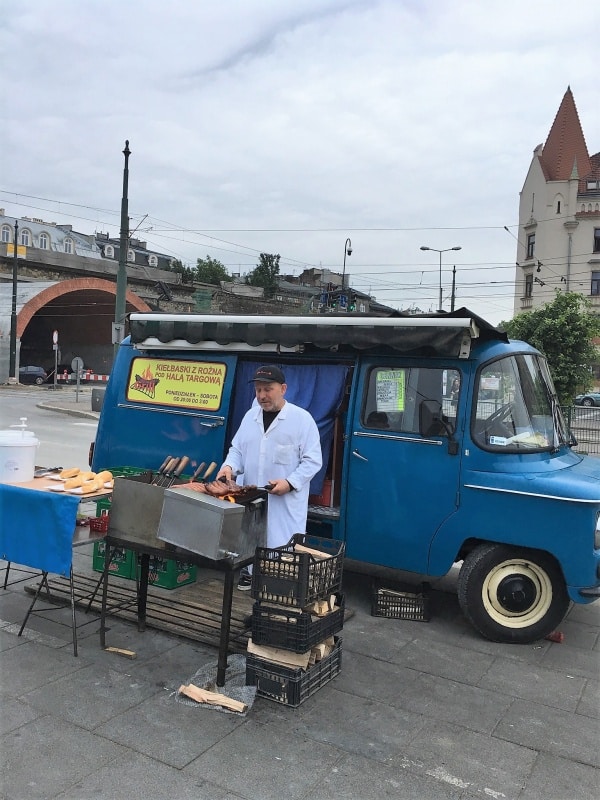 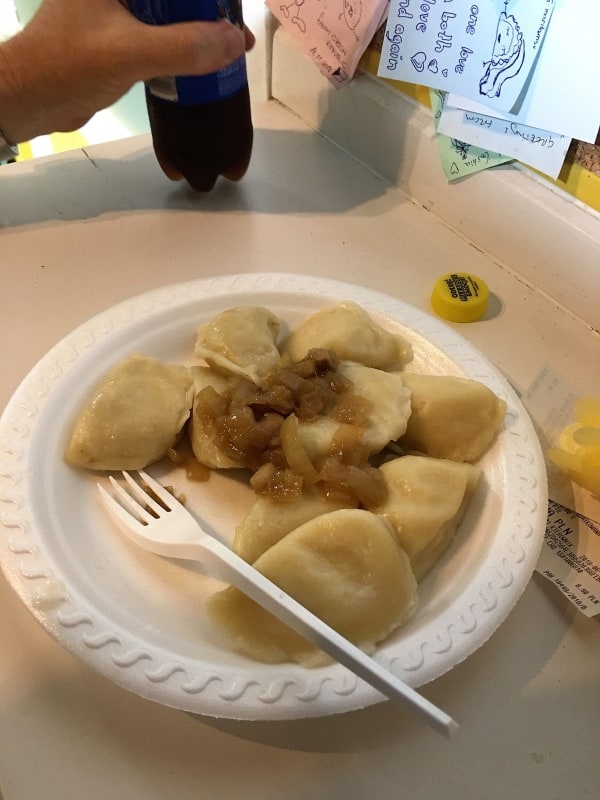 Borscht, which is a soup made from beets and cabbage. 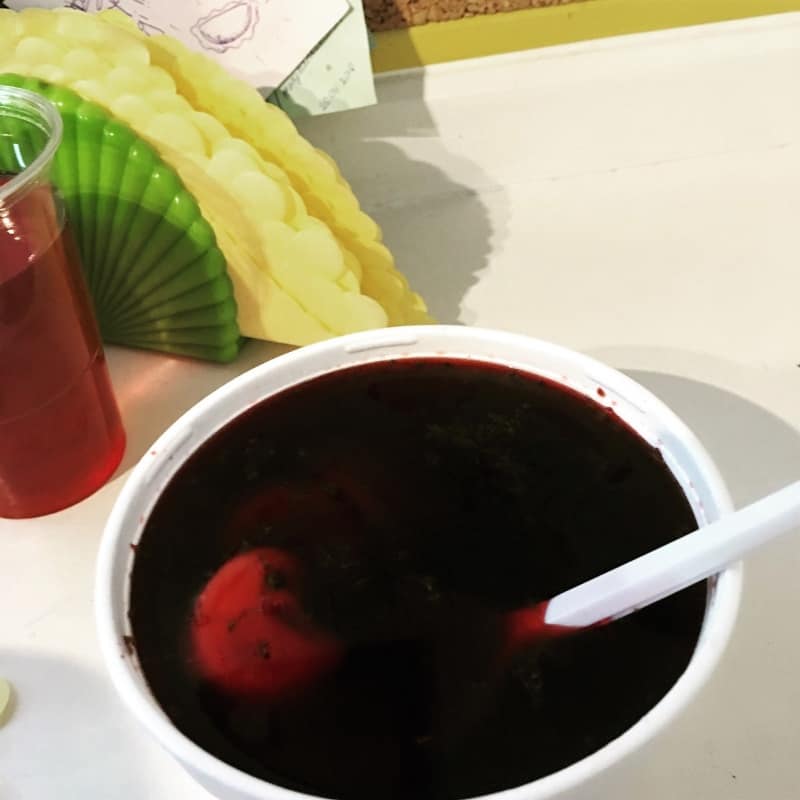 It’s difficult for me to put into words, the rest of our stay in Krakow which included a tour of Schindler’s factory (made famous in the Steven Spielberg movie, Schindler’s List), the Auschwitz labor camp and Birkenau death camp.  The solemnity of the place hung heavy in the air like a thick sorrowful shroud. 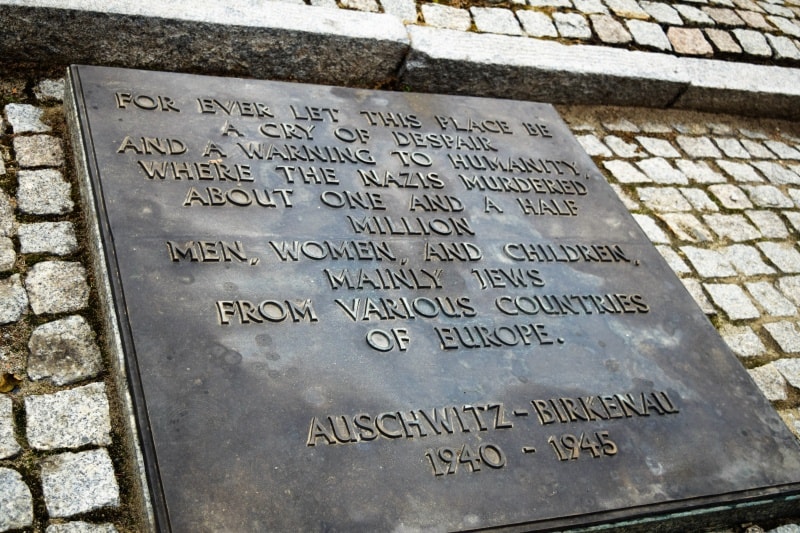 This was the gate of Auschwitz. 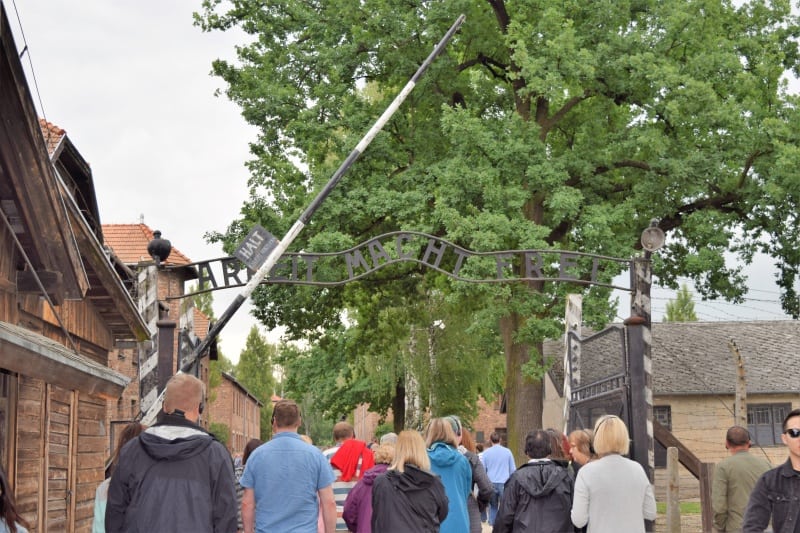 The metal sign reads, “Arbeit Macht Frei.”  Work sets you free.  Most of those who were imprisoned at Auschwitz were worked to death.

We viewed a room that held items confiscated from prisoners as they arrived at the camp.  There were piles of prayer shawls, shoes, brushes, clothes, suitcases… In one room, there was a display of human hair that had been cut from the heads of prisoners.  You could see full braids in the mountain of hair that towered to the ceiling.  We were not permitted to take pictures in this room.  The sight was hideous and I sensed a feeling of dread in my heart as I walked through.  It seemed like something terrible had taken up residence in that place and lingered there.  Our guide told us that because natural resources had become scarce in Germany, the Nazis repurposed and reused items seized from prisoners.  They used human hair to produce winter clothing like hats, coats and blankets.  A bolt of felt was on display that was produced from human hair.  You could see hair protruding from the edges of the fabric. 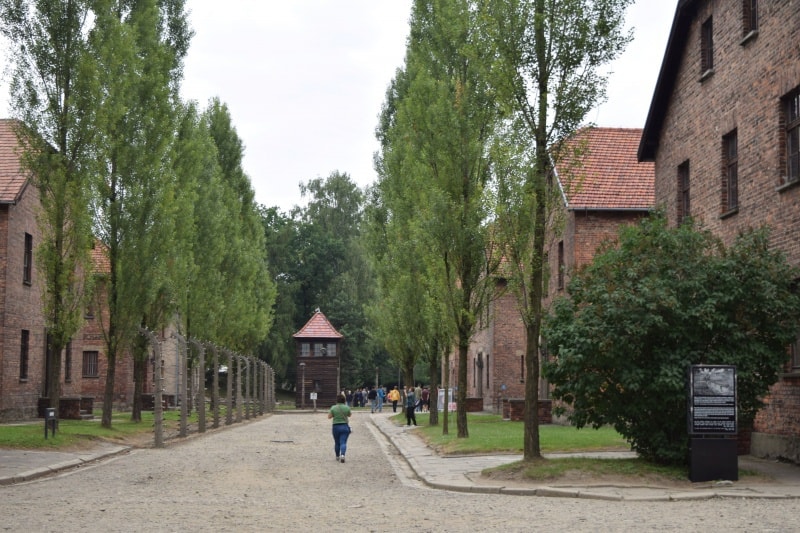 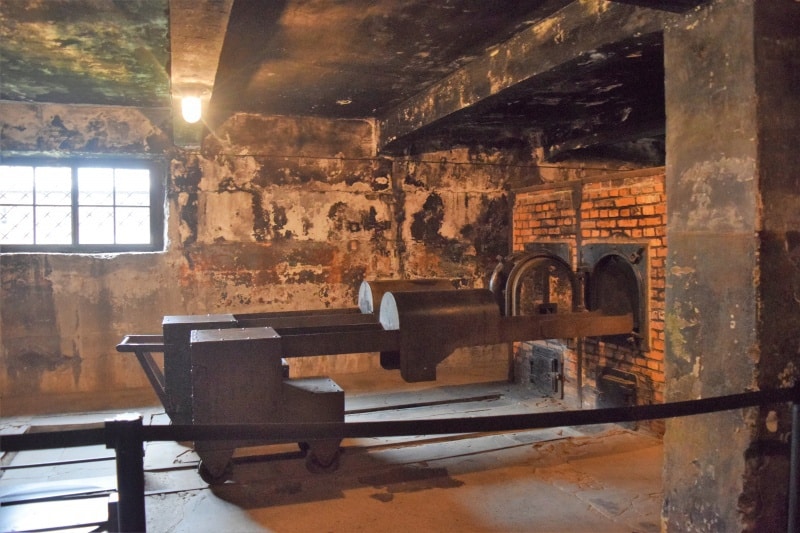 Nearby was the Birkenau death camp.  The distinctive German efficiency was evident here as the railroad tracks run directly to the gas chambers.  People were transported here on cattle cars and literally led to slaughter by the thousands. 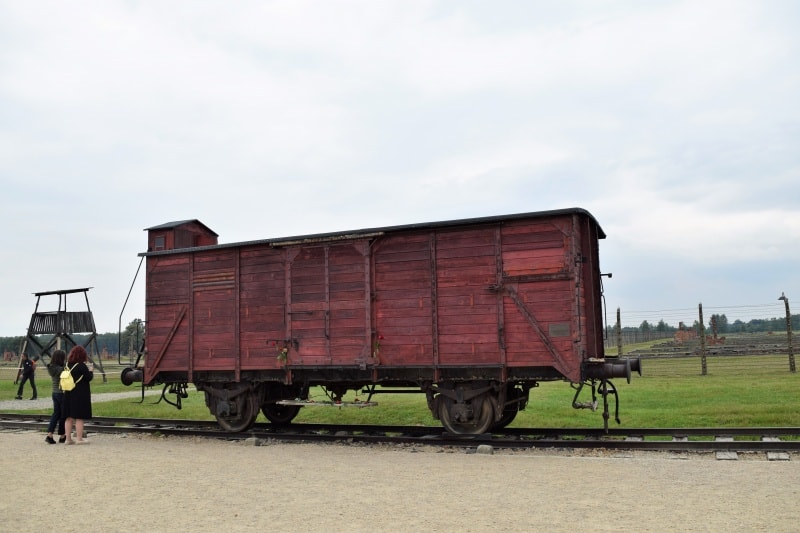 I cannot comprehend how the average person could rationalize and justify the crimes committed against humanity here. It’s easy to condemn those who affirmatively participated, but what about those who stood idly by? I told Benjy that if I lived during that time, I would rather die than have on my conscience the reality of standing by and doing nothing as millions were brutally slaughtered. But that’s easy for me to say now. To a large extent, it’s likely that I am willfully blind to the injustice and suffering currently going on around me.

Lord, open my eyes, soften my heart and show me what I can do to ease others’ suffering. Forgive me when I fail to help those around me. Give me the courage to speak up and act in the face of injustice.

Whoa! Sorry for falling off the grid for awhile! My mom had major surgery (she’s recovering quite nicely) and I had some minor health issues as well (I’m doing much better now). What better way to start a new year than to recommit myself to (more) regular blog posts?

So while I was a way, this happened…

Yes, this feline-loving person adopted a D-O-G. Benjy said we’d had enough cats in our life, so much to my dismay, he decided that it was high time for a canine. We rescued her from the SPCA. She’s a Sharpei mix mongrel of some sort. She’s so cute, and so, so sweet! We named her Mei Mei, which means “Little Sister” in Mandarin. We thought it fitting to give her a Chinese name, well, because she’s Chinese and she was born in China, right?

I did some research on the Sharpeis. Interestingly, the breed originated in the Guangdong province of mainland China, not far from Hong Kong. Sharpei dogs were owned by mostly the wealthy who used them for dog-fighting. Their rollie-pollie skin made them less vulnerable to vicious bites. When the communists took over mainland China in the 1950’s they all but eradicated the dogs because of their association with affluence. A breeder smuggled a few puppies into Hong Kong and he saved the breed from extinction. He then brought some dogs to the U.S. where they gained popularity during the 1980’s.

My DOD photos might now be replaced with pics of Mei Mei. We are now in the tribe of shameless dog owners. This is a pic of Mei Mei after a bath. She’s cold.

Well, it’s good to be back at it. I’ll finish up our European vacation trip from last summer and then start on our adventures during the fall.