When we moved to Hong Kong, one of our travel goals was to meet one of the children whom we sponsor through Compassion International.  About one year ago, we chose to sponsor a boy named Donny because he had the exact birthday as Aaron.  As a sponsor, we make monthly donations to Compassion and those donations are used to help support Donny and his family.  We have exchanged several letters and photos with him.

Donny lives on the island of Borneo in Indonesia, which is less than a 4-hour plane ride from Hong Kong.  Indonesia is the largest Moslem country in the world.

Compassion arranged our meeting with Donny, organizing the entire event, providing translators and directing us to his small village in Indonesia.  Once we got to Indonesia’s capital city, Jakarta, it took us an entire day to travel to his village, the first leg of which was by plane, the second by taxi and the third by a van provided by Compassion.

Our initial meeting was at a Christian church.  I was pleased (and admittedly, somewhat surprised)  to learn from our Compassion representatives that Christians and Moslems live together in peace.  That was contrary to what I had previously heard and read, so I was relieved to know my mild trepidation and prejudices toward the Moslem population in Indonesia were groundless.

The after school program that Donny attends is provided by the church.  There are 130 children in the program and not all of them come from Christian homes.  Compassion partners with the church to teach, equip and mentor the children.

It’s a struggle for me to put into words the experience of meeting Donny.  We have a photo of him on our refrigerator and I keep it there to remind me to pray for him as I’m doing my quiet time in the morning.  The picture is a small one and it is only of him from the waist up.  So, before this, it was always difficult for me to picture him as a real child, with parents, siblings and friends.

When I first met Donny face-to-face,  I impulsively grabbed him and hugged him closely.  Suddenly, he was real to me, not just some photo on the refrigerator.  I was surprised to find myself weeping.

This is the picture of our kids with Donny immediately after we met him. 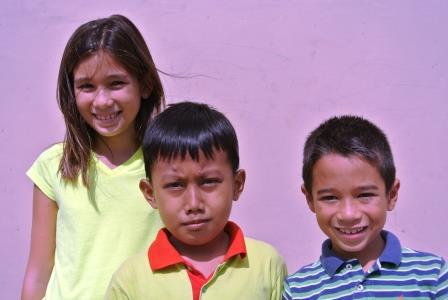 This is a group shot of some of the children in the church program and their teachers.  Approximately 90 of them are sponsored by Compassion. 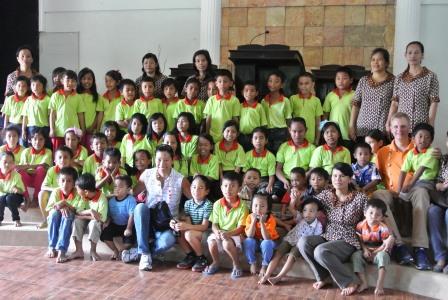 After we met Donny, we went to his house to meet his parents.  This is Donny’s mother. 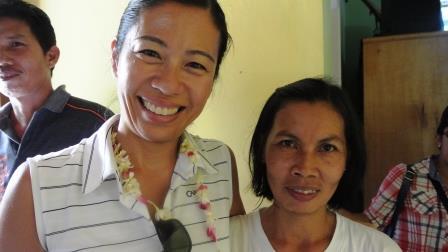 and this is his father. 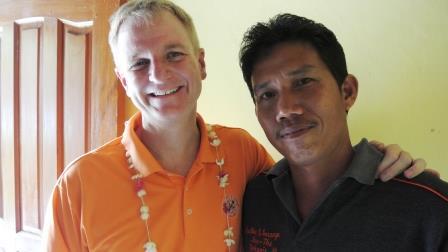 This was a picture of the entire family along with Donny’s sister to my right. They gave us a beautiful gift of a model Toroga house.  The house is of the traditional architecture for the region where they live. 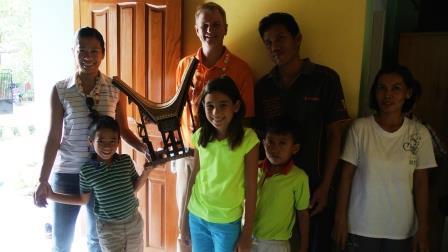 We went back to the church and had lunch with the pastor along with the teachers and Donny’s family.  The man to the left of Benjy is the pastor. 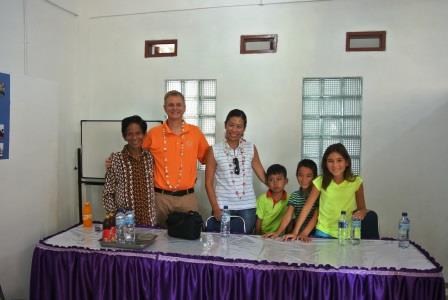 This is Rusti, our translator.  He has worked for Compassion for 4 years.  He was awesome! 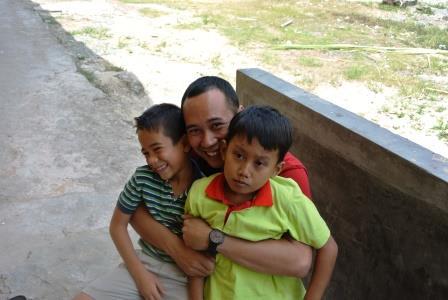 We got to visit Donny’s school and it was like we were rock stars!  You can barely see Benjy in the middle of the mob. 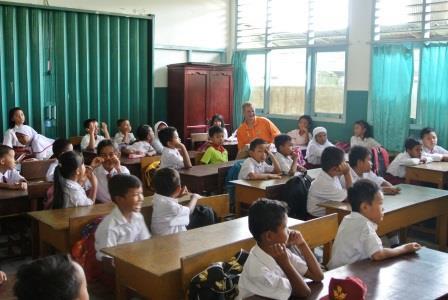 We ended our visit with songs and fun with the kids. 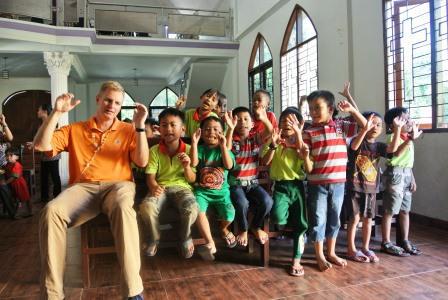 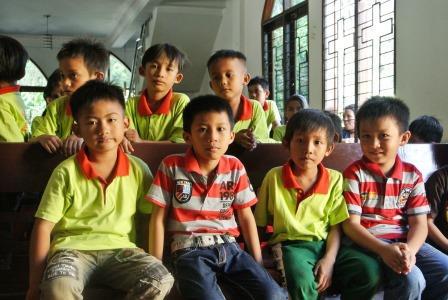 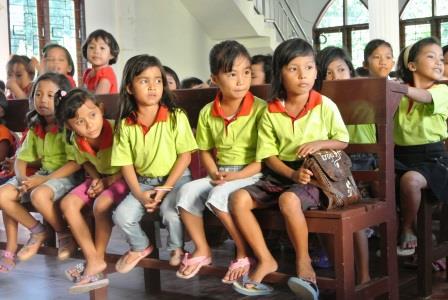 Last photos before our departure.  That’s Donny sitting on my lap. 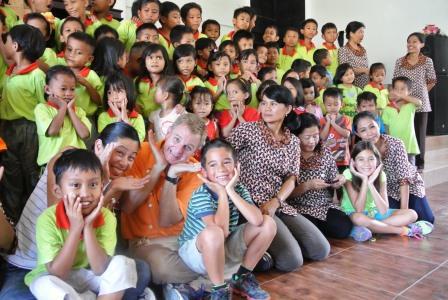 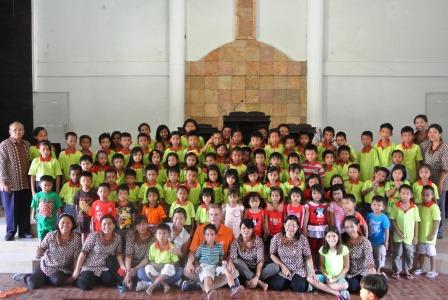 It was difficult to say goodbye, but we left with our hearts bursting with love for everyone we had encountered.  The experience was unforgettable and truly a gracious gift from God.