We spent five days in Cambodia on a family mission trip organized by our church, Island ECC.  When we landed, our first stop was lunch at a restaurant called “Sugar and Spice Café.”  It’s a restaurant operated by Daughters of Cambodia, a Christian NGO that ministers to victims of sex-trafficking.  Daughters of Cambodia operates eight fair trade businesses, including cafes, a boutique (which includes items produced in their sewing room), a spa and a hotel.  The food was absolutely delicious 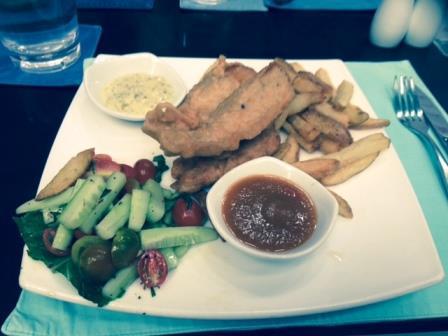 and the ambience was lovely. 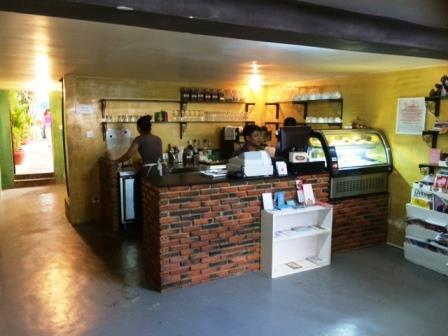 I purchased this purse at the gift shop located in the café.  It, along with all the other stuff, was made in the sew shop. 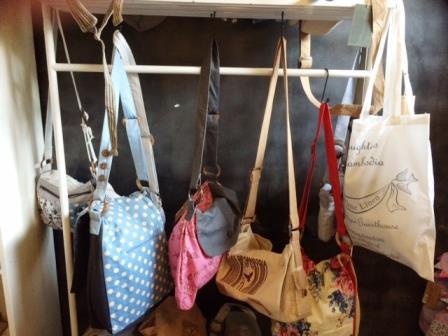 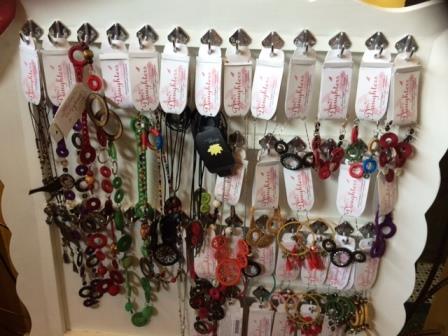 To find out more about Daughters of Cambodia and their mission, please visit their website at www.daugthersofcambodia.org

We spent most of our time with an organization called the Jehovah Jireh Center, or the JJ Center. The JJ Center was started by this amazing woman, Charia, and her husband. With the help of her sisters and others, Charia ministers to the children of the slums.  We spent 3 days at the JJ Center getting to know some of the kids.  They were so sweet and precious and loveable.  We enjoyed every moment with them. 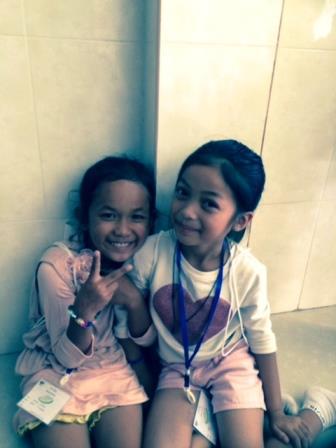 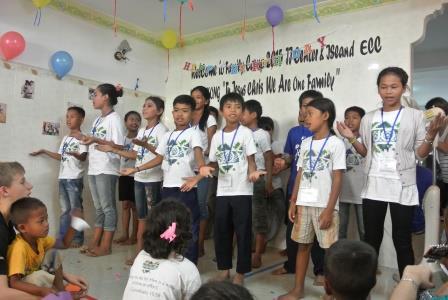 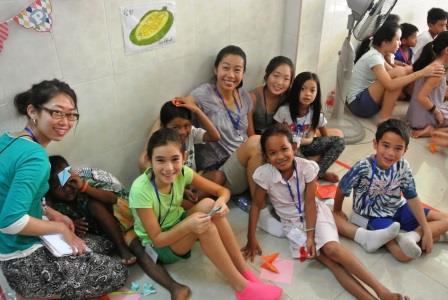 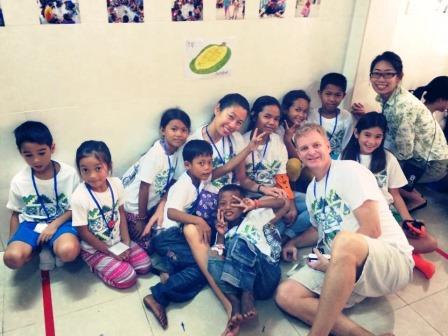 And then we took a tour of the place where many of these children live. The slum next to the center is located on the former site of the city’s trash dump. Although the location is no longer used as a dump, the trash remains piled up in large mounds.  There’s no running water, no bathroom or sewage facilities and, to my  knowledge, no electricity.  They pay $5/month to live here.

The parents of many of the children at the JJ Center work in the city trash dump. They pick through the trash and recycle what they find. A work day begins at 4:00 a.m. and lasts until 6:00 p.m. They make $5.00 a week doing this work. It’s common for parents to send their children as soon as they are old enough to work in the dump as well. When Charia first opened the JJ Center, she paid the families $1/day so the children could come to her center instead of going to work at the trash dump.  The center provides a safe environment where the children receive food, clothing, education and most importantly, God’s word.  Sometimes it’s the only meal they have during the day.

I’ve seen poverty in Guatemala, the Philippines and Indonesia, but there was something particularly disturbing about the poverty in Cambodia.  Although the country is experiencing tremendous growth, the divide between the have’s and the have not’s is precipitous.  It’s not uncommon to see a luxury apartment building right next to a slum like the one pictured above.  I saw a brand new fancy Rolls Royce parked just a few streets down from the center.  That sort of juxtaposition of lavish opulence alongside such abject poverty was particularly distressing to me.

Before the trip, I have to admit that I knew very little about Cambodia and its history. “Three years, eight months and 20 days” is the phrase I’d hear over and over from the Cambodians I met. This was the period of time when the Khymer Rouge rained terror on the country starting in 1975. Directed by their maniacal leader, Pol Pot, the Khymer Rouge slaughtered millions of Cambodians. The numbers range from 1.5 million to up to 3 million men, women and children were rounded up and executed. One out of four of the Cambodian population was exterminated.  The regime targeted anyone viewed as educated or intellectual, city residents and minorities.

We visited one of the killing fields outside of Phnom Penh.

This is one of the mass graves.  Approximately 450 people were found here. 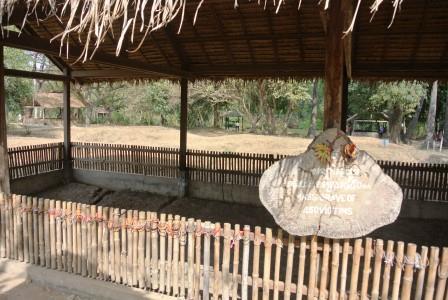 People have left on the slats of the fence colorful bracelets I believe intended to ward off evil spirits. To say the place was sobering is an understatement.

Because bullets were expensive, the mass executions were conducted using simple tools such as hammers, knives, machetes and sometimes even the jagged edge of a palm leaf.  It’s not likely that death came swiftly or easily.

A memorial was constructed on the grounds of the killing fields. 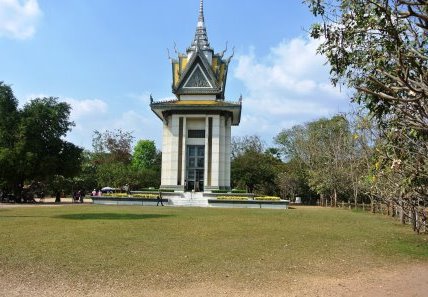 Inside are the bones of some of the victims. When the Khymer Rouge took control, its goal was to return the country back to an agrarian society. The regime dismantled Cambodia’s banking system, closed schools, universities, hospitals, churches and government buildings. The country and its infrastructure were utterly destroyed, but probably the most devastating blow to the Cambodian people, was the destruction of the family unit.  Families were broken apart; men, women and children were sent to separate work camps.  The effects of this depraved regime continue to ripple through Cambodia to this day.  You can see it in the human trafficking, the desperate poverty, the pervasive corruption and the lack of emphasis on education.

The scenes were unsettling, but I was shocked to discover that the Khymer Rouge continued to be recognized by the U.S. and other western countries as well as the United Nations as the legitimate governing party of Cambodia until the late 1980’s.  It’s leader, Pol Pot, was never prosecuted for war crimes and he died in his early 70’s surrounded by his grandchildren and other family members.

I was undone by the injustice of it all.  My heart broke for the Cambodian people and I hid my tears behind my sunglasses as I wept on the bus the entire way back to our hotel.

“Lord, where is your justice? Do You see their suffering?”

I felt despondent and overwhelmed.  Feelings of hopelessness for this place crept in and part of me wanted to get on a plane, fly away and just forget all about the things I had seen and the people I had met.

…But then I saw these sweet faces and the hope in their eyes; 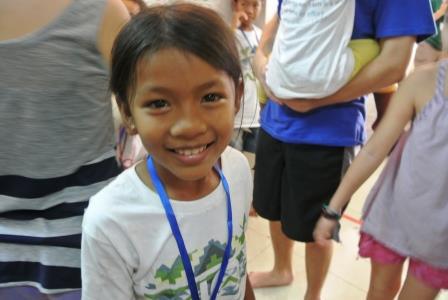 I witnessed the love and devotion of this woman… and others who tirelessly do the Lord’s work. And most of all I’m comforted by God’s word that tells me that He sees their suffering.

And justice belongs to Him.

“I have indeed seen the misery of my people.  I have heard them crying…and I’m concerned about their suffering.” Exodus 3:7

“Do not take revenge, my friends, but leave room for God’s wrath, for it is written ‘It is mine to avenge; I will repay, says the Lord.'” Romans 12:19