Benjy had a 3-day layover in Penang, Malaysia, so I met up with him to see what it was all about.  He had informed the hotel that I would be joining him and they rolled out the red carpet, so to speak. Malaysia is a former British colony and Penang was founded by the British in 1786.  Because of its rich history, Penang is a UNESCO World Heritage site.  It’s an interesting city of east meets west, with a diverse culture and rich heritage.  We went to a part of Penang called Georgetown which reminds me a little of the French Quarter in New Orleans, only with Asian influences thrown into the mix.  The city is gearing up to celebrate Chinese New Year, so red lanterns decorated the streets. 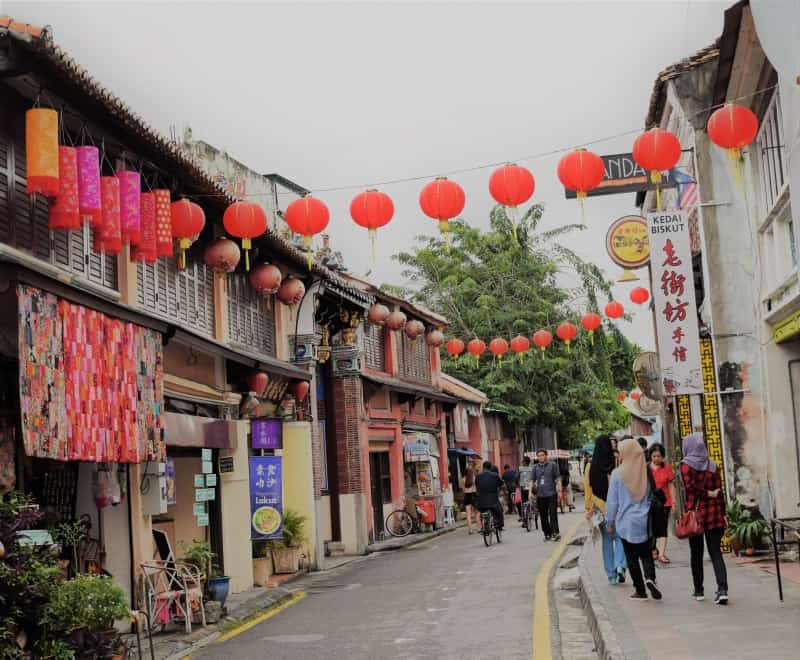 What’s also interesting about the city is that it is truly an eclectic mish-mash of many diverse cultures and the people reflect this mix.  You’ll pass on the street Chinese speaking Mandarin, Malaysian (who look mostly Chinese, but have Pacific Islander features too) speaking the local Malay language, Indians speaking Hindi and Arabs speaking Arabic.  Overlaying everything is a western vibe due to British colonization which ended after World War II.  The happy result for us is that just about everyone is able to speak and read English.  Yay!!

Georgetown has a vibrant art scene and scattered throughout the district there are many wall murals painted on buildings.  It was like a scavenger hunt wandering around and finding all of them. 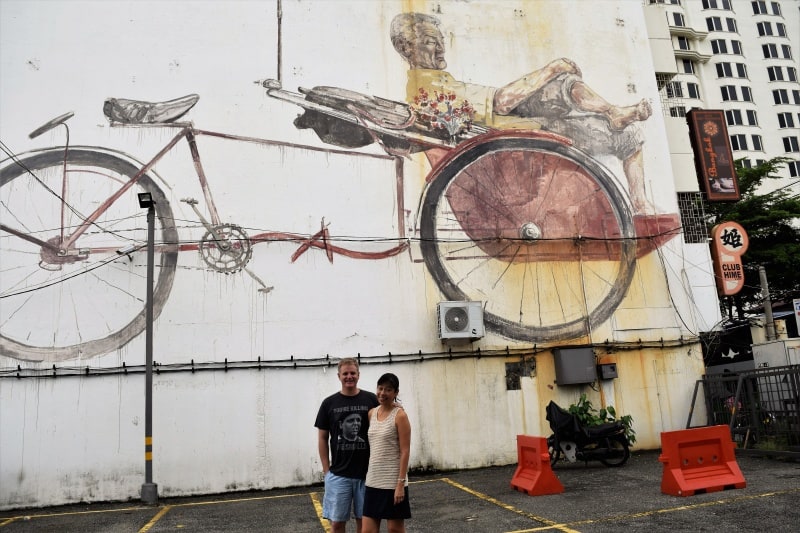 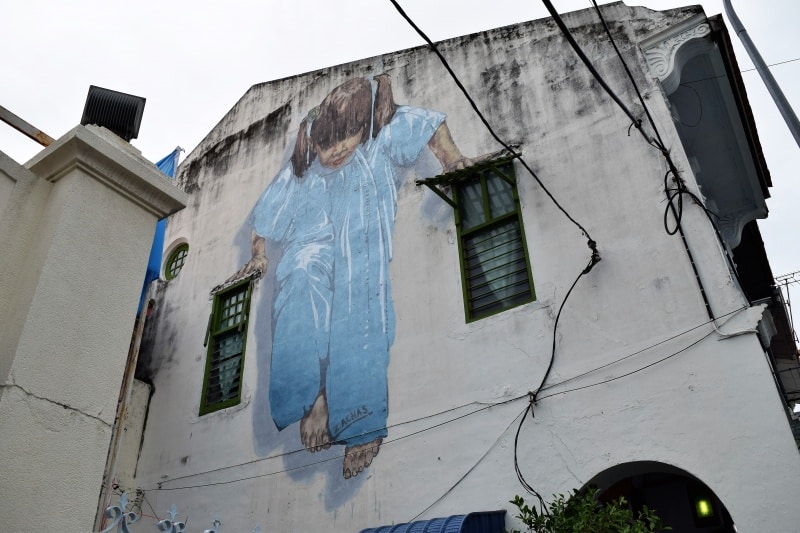 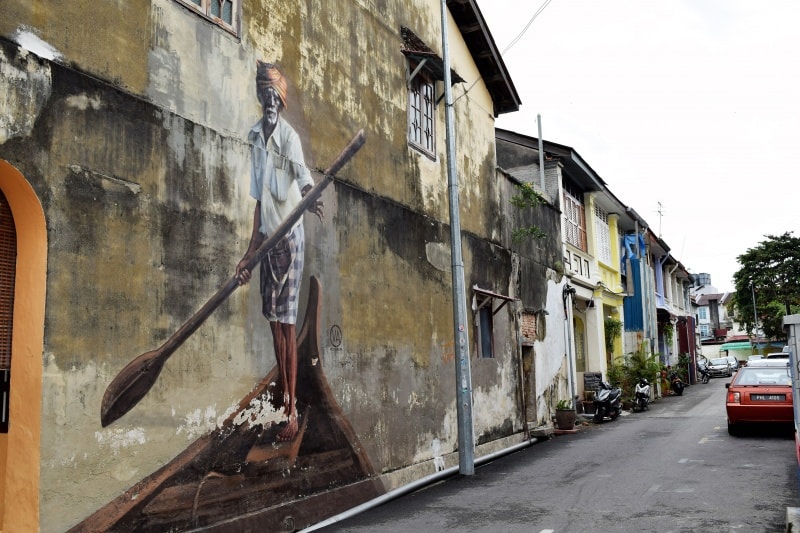 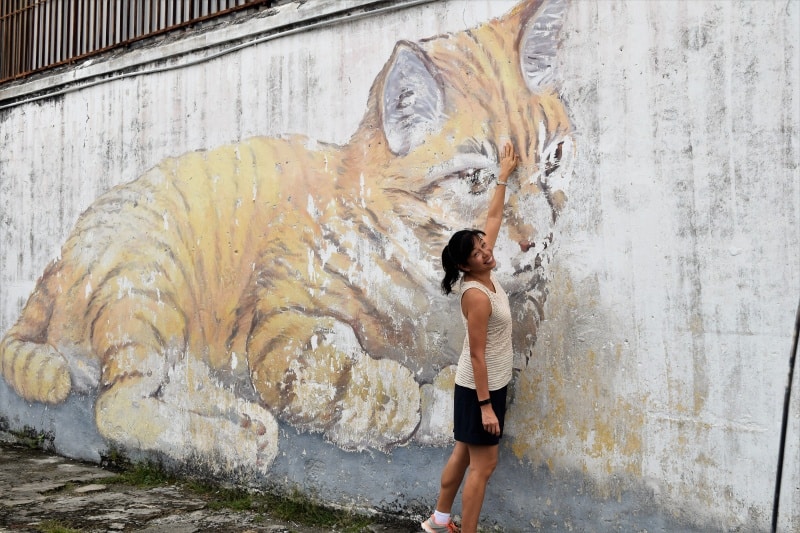 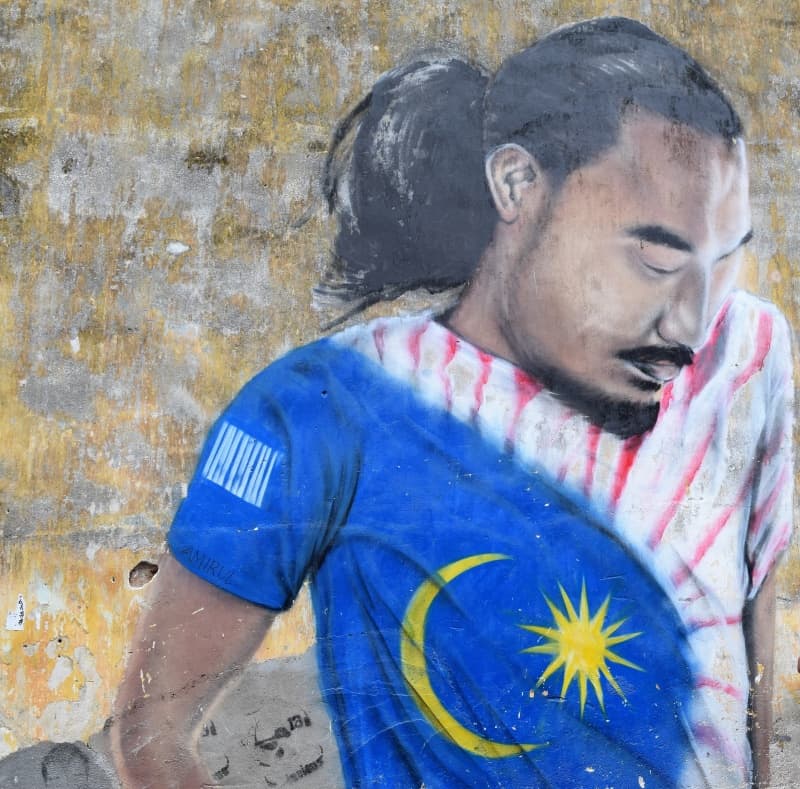 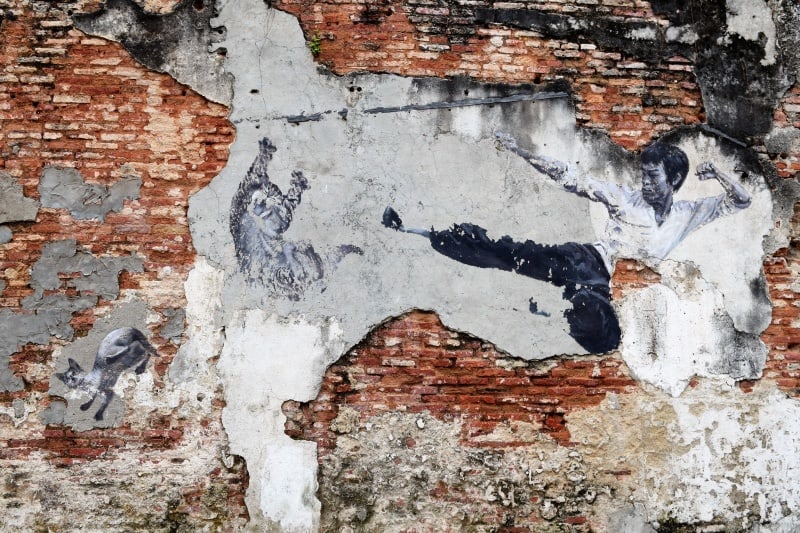 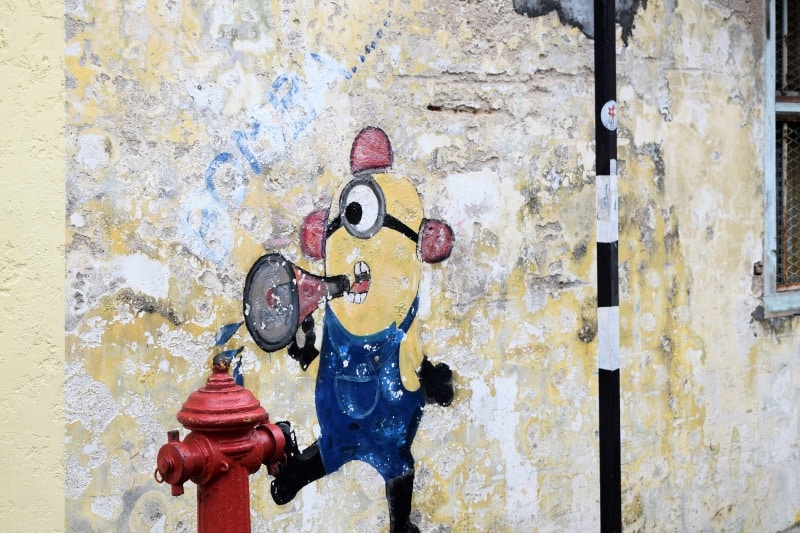 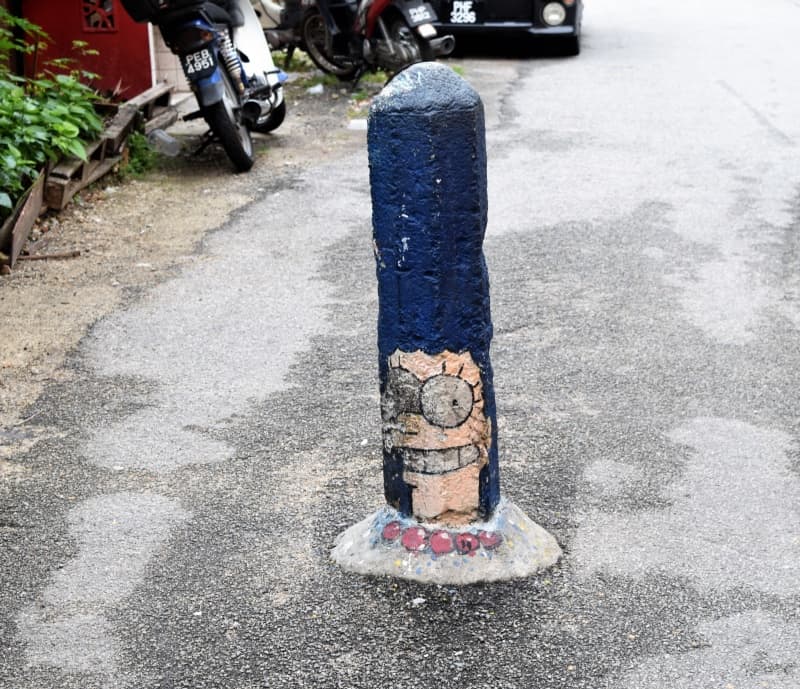 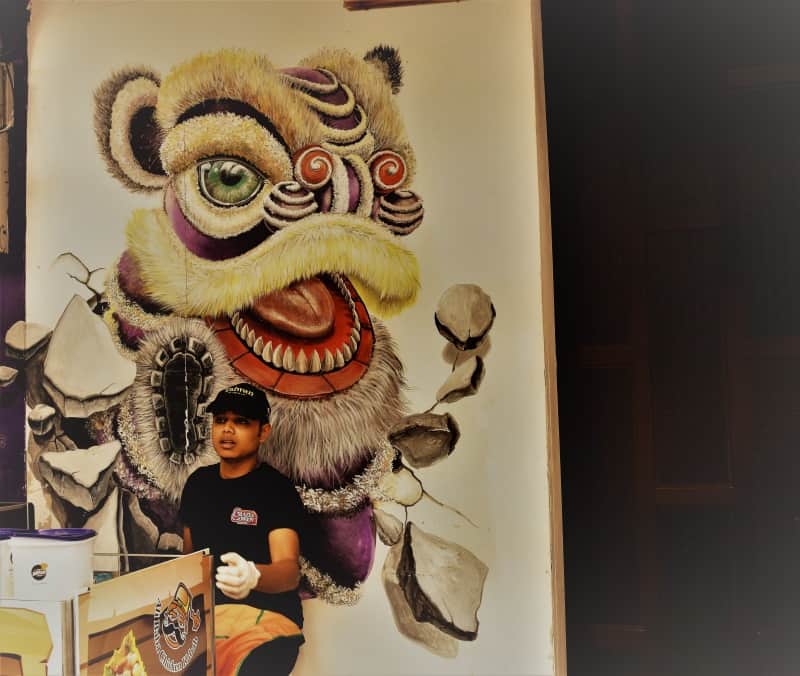 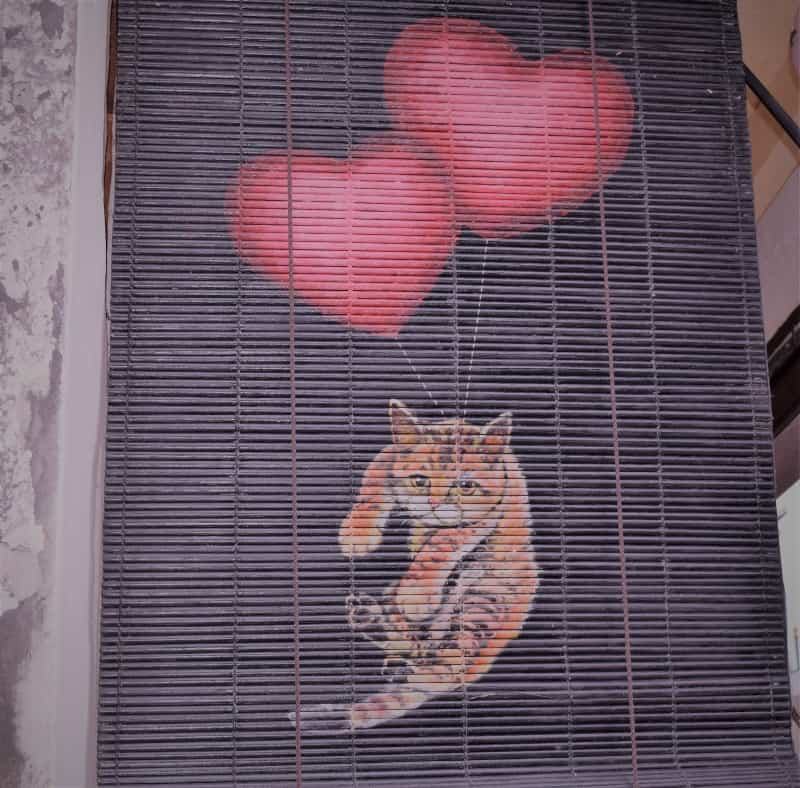 Malaysia’s diversity is also reflected in it’s food, which is so yummy and probably one of my favorite things about the country.  There’s lots of curry, seafood, rice and noodles.  Here we are enjoying a traditional Malaysian meal served on banana leaves.  Our guide insisted that we eat as the Malays do….with our hands.